At an early age, before he knew that he was actually training to be an animator/filmmaker, Greg was directing toy dinosaurs and monsters to do his bidding. Years of doodling on the side of notepads continued his training through his years of grade school all the way through the university level. He graduated with a BA in Psychology at the University of Texas in 1991 to deal with these imaginary worlds. After a few years in social work, Greg continued his training at the Vancouver School of Animation, where inevitably some dinosaurs were drawn. After successfully completing the program, Greg landed a job at Iguana Entertainment in 1995, creating dinosaurs, of course, for games like Turok: Dinosaur Hunter. After many years in the game industry, Greg decided it was time to put all his training to work for himself and a business partner. In 2009, Greg and Ray formed MoontowerVFX which is still part of Greg’s training. 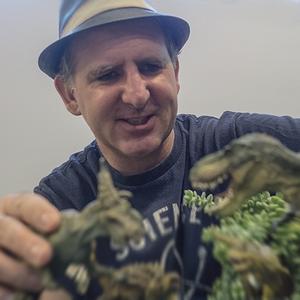