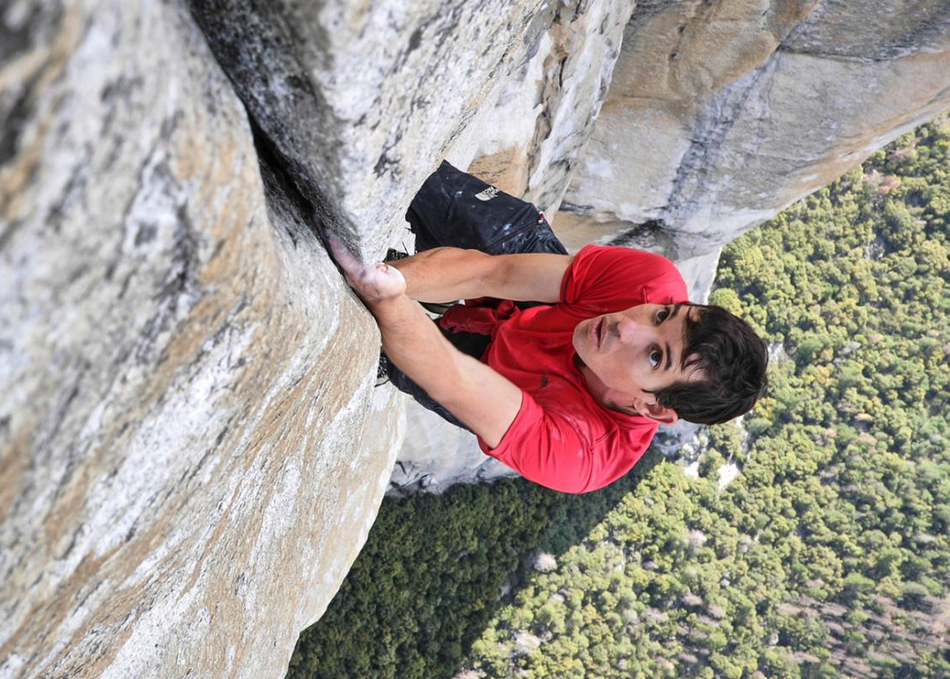 In May 2016, Alex Honnold became the first person to climb Yosemite's El Capitan without a rope, and teammate/filmaker Jimmy Chin was there to document it. Ahead of the documentary's release, Alex and Jimmy recount what it takes to achieve a seemingly impossible feat, how they filmed such an inherently solo act especially, and what it is like to watch silently while your friend literally clings to life by only his fingertips.