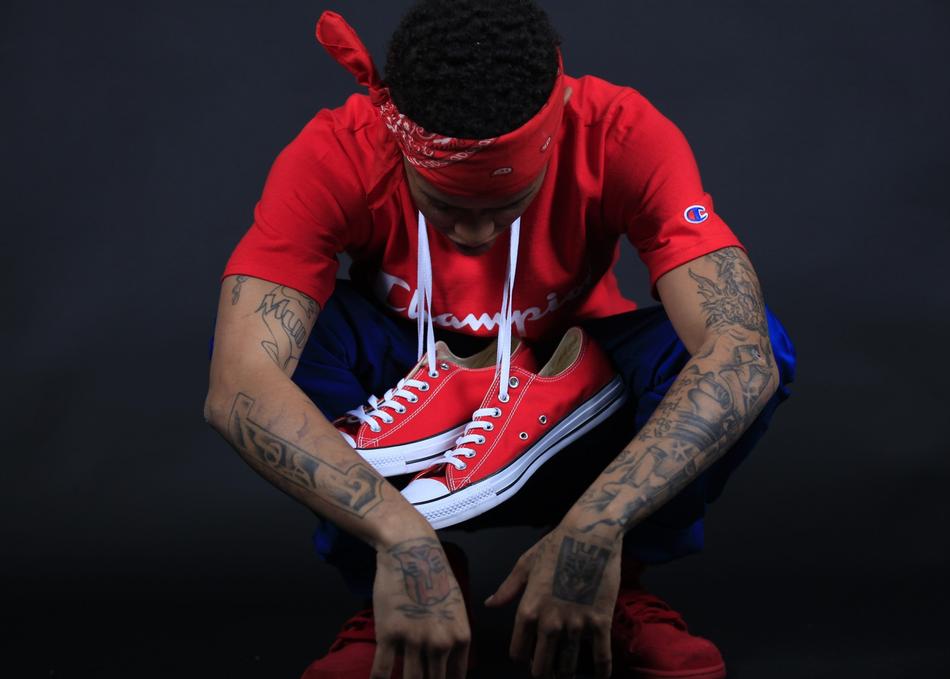 “I'm from Houston; we players. Everybody that do music out my hood is gifted,”
OMB Bloodbath says.

That should be your first introduction to OMB Bloodbath, the pint-size dynamo from Third Ward, who is covered head to toe in tattoos. Everything about her screams Houston, and everything about her screams an adopted masculinity, from her walk to her talk. As conservative as Houston rap is in regards to making stars on the radio and then some, OMB Bloodbath is an outlier. Not just because she’s a woman or that she’s gone on record as not being attracted to men or rapping sexually like some of her peers. It’s because Houston has, up to this very point in life, produced many a female rapper, many a talented female rapper, but not a single out-and-out star. The closest in this current generation of rap acts? Just Brittany, who last week released a spastic freestyle over Jay Z’s “Takeover” instrumental in support of women doing whatever they want to their bodies. She also mentions her Cash Money/Young Money days and how Lil Wayne had someone else in mind to be more...
http://www.houstonpress.com/music/omb-bloodbath-is-out-to-break-barriers-9257169