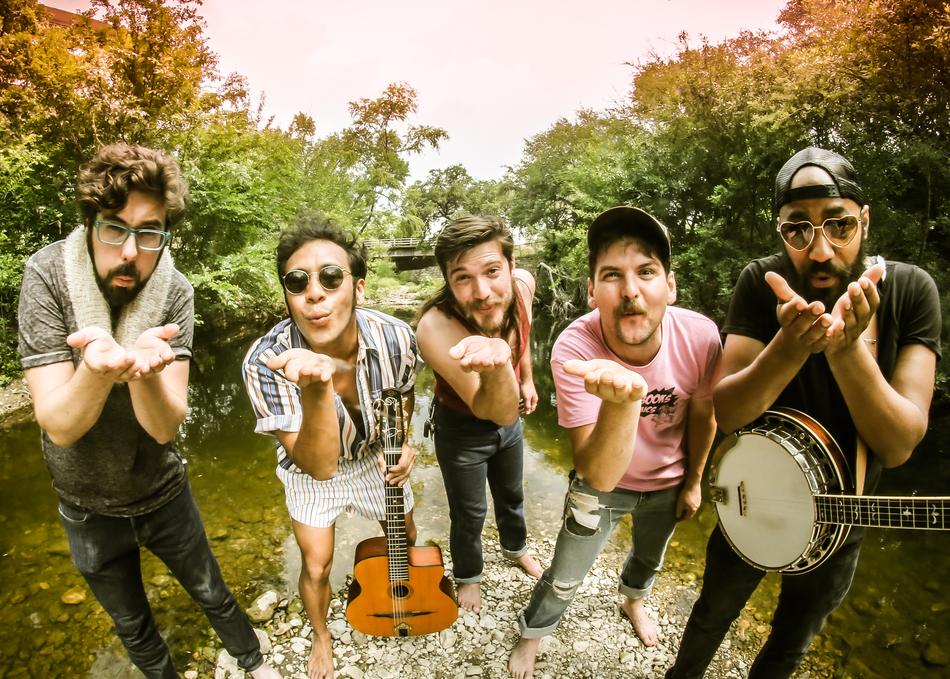 A diverse group of masterfully talented musicians who stand out like a sore thumb from the traditional bluegrass world, Whiskey Shivers have made a name for themselves with a genre-pushing sound that the Washington Post called "apocalyptic Americana" and NPR described as "frenetic bluegrass" with a "punk spirit."

On 'Some Part of Something,' their fifth album and "strongest" (Austin Chronicle) release yet, Whiskey Shivers hit their stride, refining their unique sound in the studio while still capturing the infectiously chaotic feeling of their live shows.

Whiskey Shivers shows are always a sight to behold. Barefoot, sleeveless and sweaty, frontman and fiddle master Bobby Fitzgerald never stops smiling on stage. "All right! Let’s kick this thing in the face!” he barks, as the band tears into their stringed instruments at breakneck speed.

It's almost impossible to watch him perform more than a song or two without cracking a smile yourself. His exuberance is contagious, and it bleeds through into the music. Whether they're playing at a backyard house party, a punk-rock dive bar or a sprawling music festival, crowds take notice. People put down their phones, pick up their drinks a