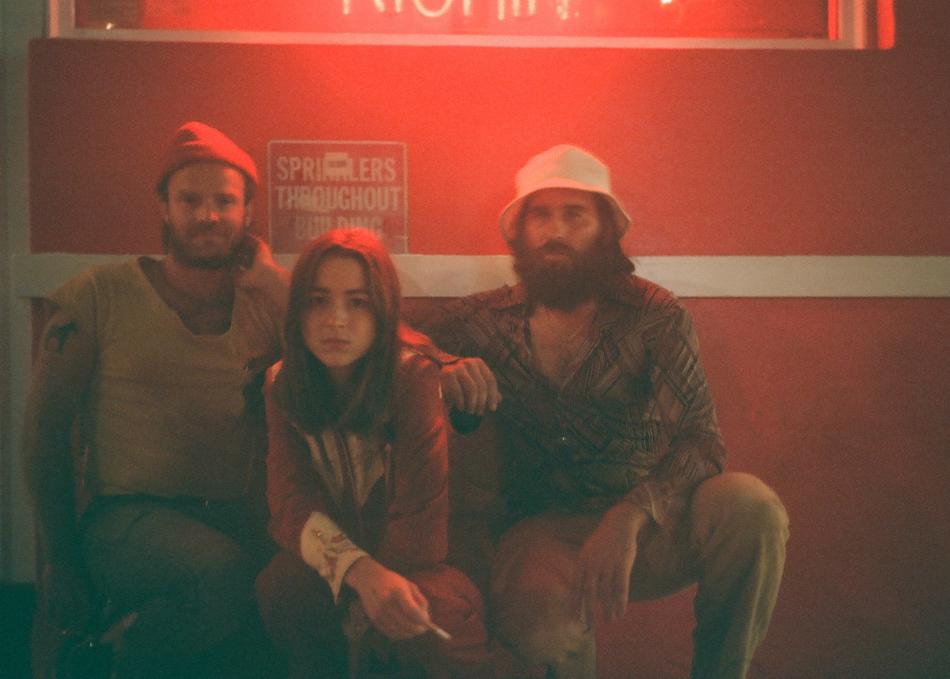 Let the bubbles take control! That was the lyrical takeaway (sung in French, subtitled in English) from the music video announcing Champagne Superchillin’s first album, Destino (Soft Junk, 2017)—which is also the name of the band’s signature champagne, which may or may not exist. Destino—the album and the wine—is an invitation to an artsy cult with champagne and vibey dance parties instead of Kool-aid and total bummers. Let the bubbles take control... seriously.

Juliet, Ben, and Charlie started writing songs together so they could travel to France: Juliet is from Rennes--Charlie is French-Cuban—and Ben, who's from Detroit, had always wanted to go. It’s a pragmatic origin for such a whimsical band, a group of friends who bonded over many way-too-late nights and a love of literature and classic film. The band has a particular affinity for Fellini’s carnival vibes, Bergman’s bleak profundity, and the iconoclasm of the French new-wave. Champagne Superchillin is mood-obsessed music; think soundtrack as opposed to set list.
The music is generous, aggressively charming, and adamantly resistant to genre--it's also sung entirely in French. The songs layer breezy psych-riffs and off-kil