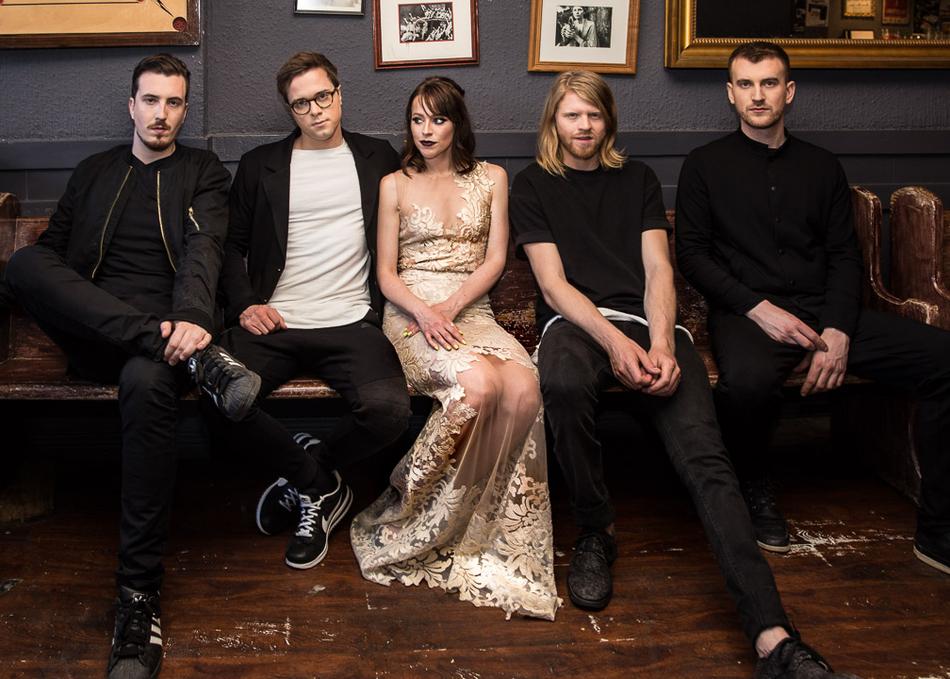 Some artists want to shine a light in the darkness. Common Deer come with an arsenal of floodlights.

Common Deer began in 2013 with Graham, drummer Liam Farrell and multi‐instrumentalist Adam Hart, who met while backing up a folk singer in Guelph, Ontario, where most of them were attending university. Liam brought in his brother Connor to solidify the rhythm section, while Adam called on his sister, Sheila, to harmonize with Graham and add her own keyboards, lead vocals and her own songs. Previously, her creative outlet was poetry and short stories; Graham had been writing pop songs since he was 11. In both their harmonies and their shared leads, they create a male‐female dynamic rarely heard in pop music outside of Stars, an admitted influence. As if two lead singers weren’t enough, competing for an audience’s attention is Adam, who juggles cello, synth and lead guitar; he is Common Deer’s not‐so‐secret weapon.Together with Graham, their string arrangements elevate the band’s sound beyond an everyday rock band; as a rhythm section, Liam and Connor also take an orchestral approach to their arrangements. There is never a dull moment on stage at a Common Deer show.