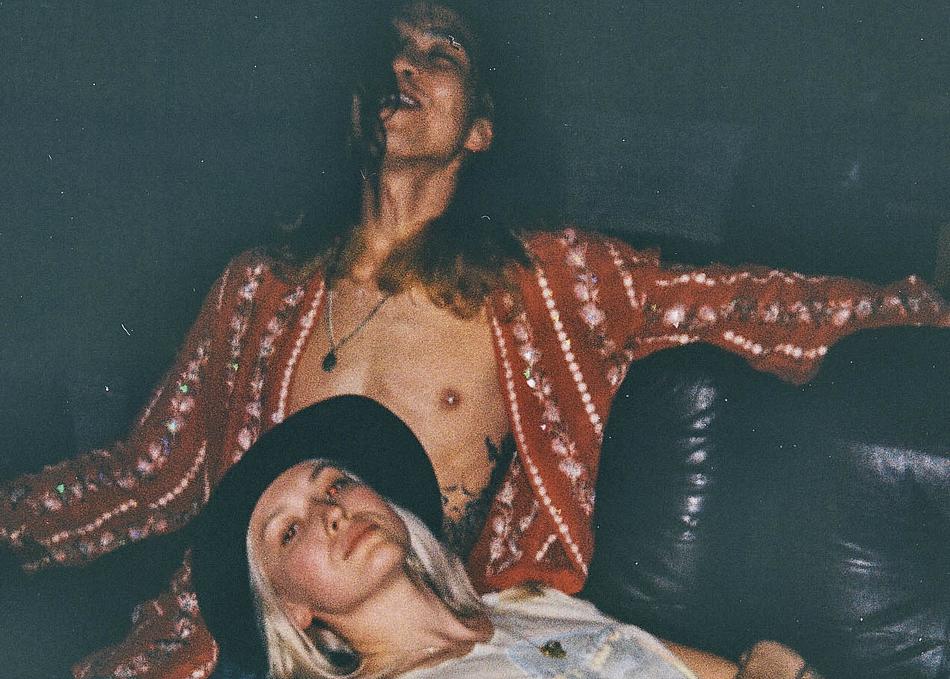 Carly Russ and Joseph Matick are living out a kind of cinematic romance. Both having grown up in the Chicagoland area, they fell in love, quit their jobs and ran away to Europe, living in Paris, and then London. It was in Europe that they started Girlyboi, a musical act informed by pastoral landscapes, troubadours, and 1960s and 70s folk – a beautifully restored idea for the digital age.

Lead by the ethereal aura of vocalist Carly Russ and the raspy snarl of Joseph Matick, Girlyboi are a modern take on the classic singer-songwriter duo formula that present a unique blend of folk and rock.

Formed almost in jest during an "reckless, whirlwind attempt at romance in Paris," the band conceived a lyrical voice that is at once honest and self aware.

What results is a moody sonic vibe comprised of heartbreaking lows and climactic highs that could only come from one in the throws of young love.
With their new singles "Bonfire" and "Stevie Knicks," the band is showcasing the expansion of their sound as they make plans for the release of their next album.