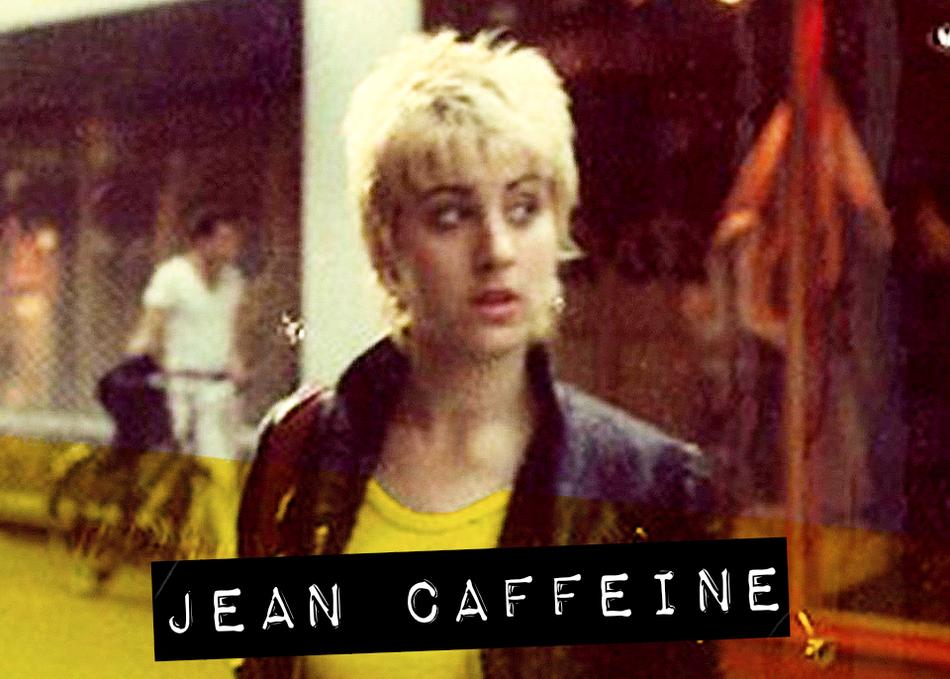 Jean Caffeine has a storied past and she shares some of her stories in her new album, "Sadie Saturday Nite. Jean's journey as a teen punkette is chronicled a one-woman-theatrical show also called “Sadie Saturday Nite” which she performed in Austin, NYC, Denver and at the Hamilton Fringe Fest in ON.
In the early 8o’s, Jean migrated to New York in the 80’s and was recruited by founder Ann Magnuson to drum for Pulsallama , a theatrical buzz band who opened shows for the Clash, and were featured in Interview Magazine. Pulsallama was sampled this year by edgy artist Danny Brown’s on "Atrocity Exhibition". Jean's contributions to the downtown NYC scene are also represented in the Club 57 show currently at Museum of Modern Art.
Jean was an animator for Linklator’s ‘Waking Life. and if you look carefully you can has a cameo in the movie ‘Slacker’.

“Jean Caffeine is an important part of American music culture. Not because of the places she has been or the people she has met, but because her songs document them in a truly individual way. She is a cultural historian of sorts. Oh, and the songs kick ass too.”-411 Mania
“I don’t care what anyone says, I’m a fan! -Townes Van Zandt