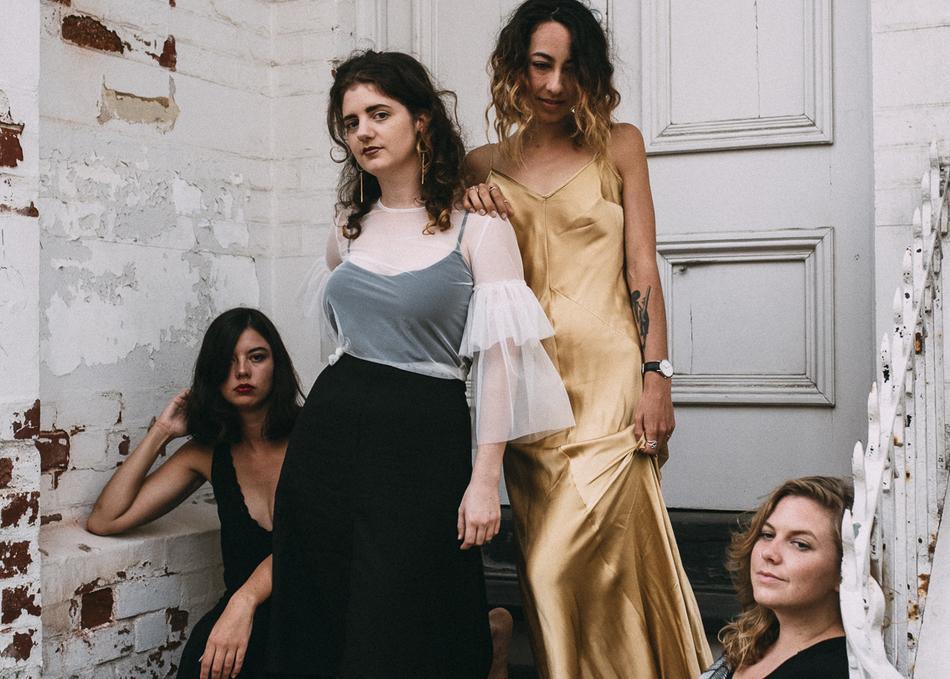 Perth quartet CALMLY (formerally known as Childsaint) have been described as grim, gritty, ‘gazy and beautiful all in one sentence. 2014 saw CALMLY in full bloom as guitarists/singers Chloë McGrath and Jane Azzopardi were joined by Ashlyn Koh (drums) and Rhian Todhunter (bass).
CALMLY's debut single Dessert was described by NME Magazine as “Expansive, nuanced and melodic”, and their debut 4 track EP Sick was released to a sell-out crowd in September 2014. Sick was the local feature record on Perth’s RTRFM, and scored CALMLY the spot of Triple J Unearthed Feature Artist and two tracks added to rotation on triple j.
CALMLY released their single Hallelujah Heartache in March 2016, which has received high rotation on Perth’s RTRFM and Sydney’s FBi Radio. The single was #1 most played song on RTRfm in 2016. Their second single Used Up was released in November 2016 and even in that short time of being released still scored the #8 most played song on RTRfm in 2016.
The band have played alongside the likes of Swervedriver (UK), Hinds (Spain), Manchester Orchestra (US), Husky and Methyl Ethel. Hallelujah Heartache is the first single from their debut album, due for release in 2018.