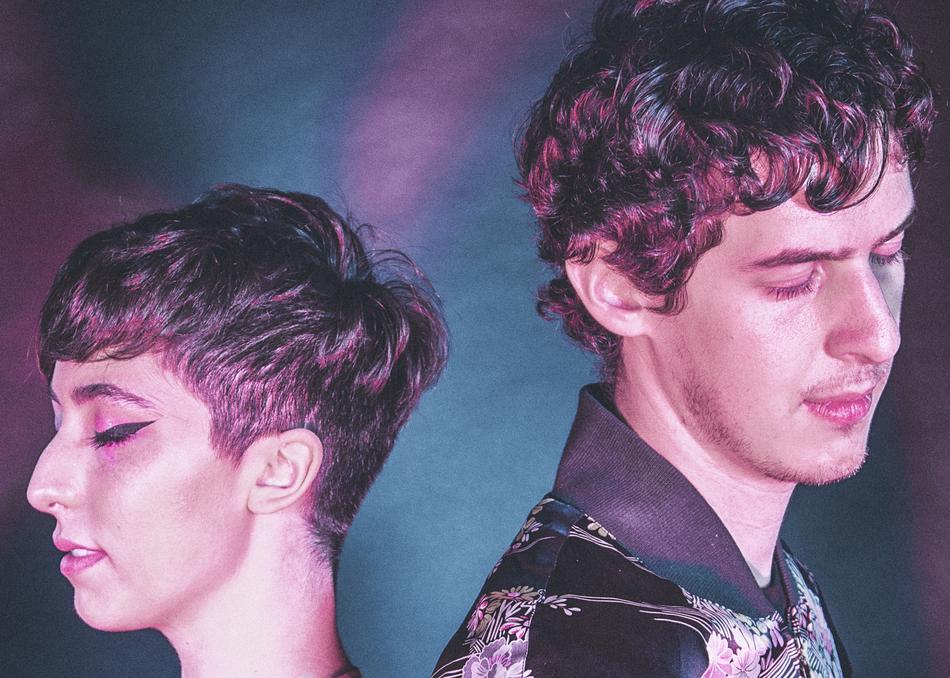 A deep synthesizer growls, demanding attention towards a dark stage. One creature is hunched over, carefully manipulating an assortment of keyboards, trigger pads, and drum machines seemingly tied together by a mess of tangled wires and cables. The other figure, whose face is obscured by a yellow neon hood, is glowing underneath the stage lights. The glowing body seemingly floats toward center stage - an impressive feat, given the choice in footwear - a pair of 6 inch heels. As a reverberated chord fills the air, a microphone is raised to the singers red lips. A voice joins the confluence of sweeping saw wave harmonies and declares "I’m on fire, I'm on fire. "The two figures who are casting out electronic chaos, reeling it, and crafting it into dreamy gothic synth-pop are Pixel Grip. Rita Lukea and Jonathan Freund, a duo self described as "Disco Delinquents”, have been crafting infectious synth-pop jams since 2014. Jonathan's black magic analog synthesizer arrangements and Rita's eccentric yet impressively capable voice are a continuation of the time tested formula of male/female synth-pop duos that came before them.