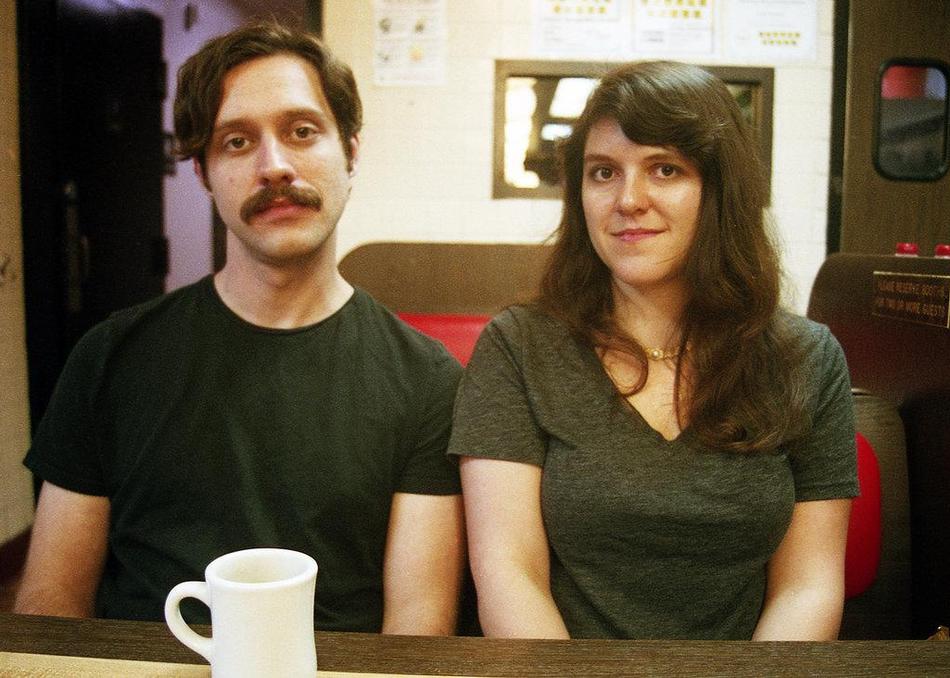 Eureka California’s going way too fast, and if they don’t slow down they’re gonna crash. Like peak Elvis Costello, they think if they keep the wisecracks and the puns coming fast enough they can avoid facing the truth—that death comes for everyone and nothing dies faster than dreams.

Versus, their 3rd album in 3 years, is the first one recorded in a studio (by MJ from Hookworms, in Leeds, UK) and it gives EC a power they’ve never had before. It’s incredible that two people can make such a big sound, but Jake Ward and Marie A. Uhler have developed a near-telepathic ability after years of playing together, and while they’ve always been good, Versus is their first stab at greatness, soaked in television & gin & the kind of language you hear everyday but you never heard quite like this.

Some of our favorite records are the ones where the band sounds like they need a vacation only they’re moving too fast to stop and so everything comes out wired & exhausted all at once—think Aladdin Sane, Get Happy, Strangeways Here We Come. And Versus fits that mold, a white-knuckle ride through a tattered psyche and a brain that just won’t shut up.