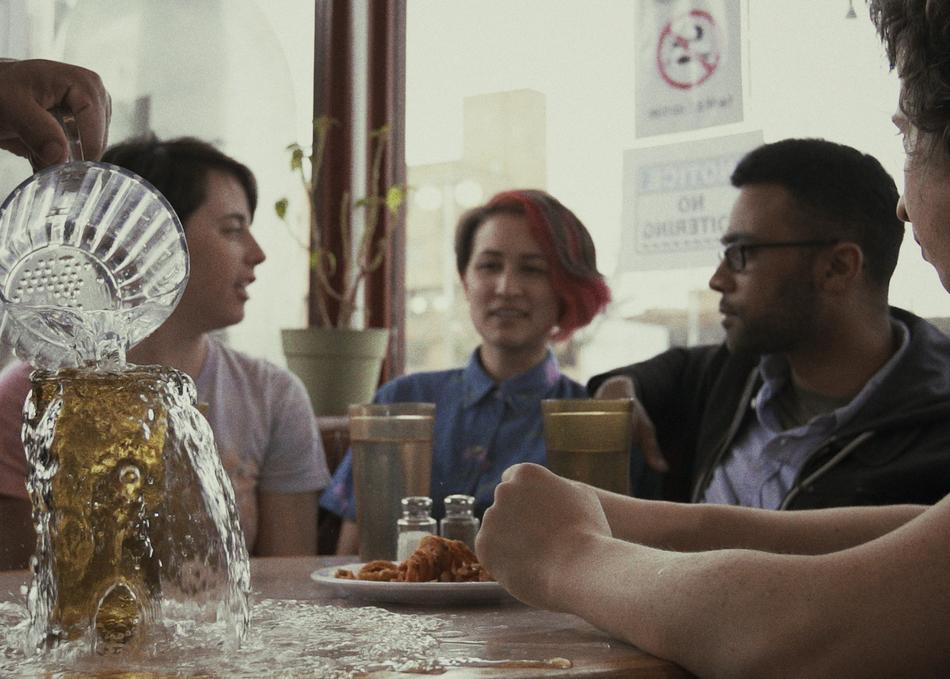 "For all its tongue-in-cheekiness, Bad Moves—the debut self-titled EP of the rising D.C. power-pop quartet, out on Don Giovanni Records—is firmly rooted in the real world. Asshole bosses, uncompromising landlords, self-serving businessmen, and frowning doctors; these familiar antagonists are featured as foils to the narrators throughout the album’s telling of a mundane day-to-day life."

On the surface, the album’s themes can be bleak, but not uniformly so. Somewhere embedded in the defeatist refrain for “Shitty Tomorrow”—the EP’s opening track and lead single—is a sense of reluctant opportunity. Sure, “keep on working for a shitty tomorrow,” doesn’t instill a sense of hope for the future, like many young Americans felt this time of year eight years ago, but what’s noteworthy is that the operative word here isn’t “shitty” or “tomorrow,” but “working.” In the context of the lyrical themes throughout the four-song cassette, work sucks, but it’s also the only way up and out. " - Washington City Paper

Bad Moves will release a Joe Reinhart produced (Hop Along, Joyce Manor) LP on Don Giovanni Records in the Spring of 2018.