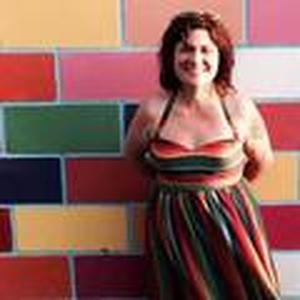 I am the Executive Creative Director at BuzzFeed, managing the incredible team that makes our native advertising. Previously at BuzzFeed I founded BFF, a team at BuzzFeed that made original art and short video on social networks and platforms, and before that I was the Managing Editorial Director — and once upon a time I was BuzzFeed's first Weekend Editor!

Before I started at BuzzFeed and moved to Brooklyn in 2012, I lived in Austin Texas. I was a freelance illustrator and writer who contributed to ESPN: The Magazine, The Hairpin, Fangraphs, The Classical, and more. I have also been a waitress, barista, bookseller, toy store clerk, advertising manager, hair salon receptionist, a writer at a now defunct website for tweens, and a stablehand.

I love taking on weird little projects. My favorite is Every Hall of Famer, a blog where I am drawing every single member of the National Baseball Hall of Fame. I'm also the co-host of BuzzFeed's oversharing podcast, The Tell Show.

Bonus facts:
- I'm a diehard Houston Astros fan.
- I collect soul / girl group .45s and I still make mixtapes.
- I'm vegan and I love experimenting in the kitchen.
- I love sloths and I have a tattoo of a sloth named Herman.
- I'm deep in love with a tall ginger writer/musician named Peter who I met in a bookstore elevator.
- I am the proud mom of two cats named Irwin and Kristofferson.

Who Has the Guts to Invest in Content? at JW Marriott Salon FG

Who Has the Guts to Invest in Content? at JW Marriott Salon FG