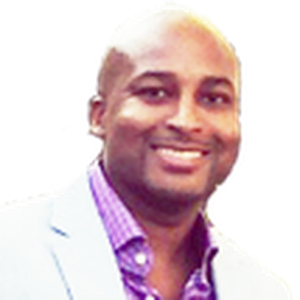 Marlon Nichols is a co-founder and managing partner at Cross Culture Ventures (CCV), an early stage venture capital firm with a focus on cultural investing (global trends and shifts in consumer behavior). Before founding CCV, Marlon was an investment director at Intel Capital where he completed his Kauffman Fellowship. Prior to his time in venture capital, Marlon led successful careers in software and strategy consulting in the technology, private equity, media and entertainment sectors. Some of Marlon’s investments include Afrostream, Gimlet Media, Hingeto, LendStreet, LISNR, Mark One (Vessyl), Mayvenn, Mirantis, MongoDB, mSurvey, One Preschool, ReplyYes, Sidestep, Skurt, and Thrive Market. Marlon earned a Bachelor of Science in MIS from Northeastern University and a MBA from the Johnson Graduate School of Management at Cornell University. Marlon currently serves on the board of directors for private companies LISNR, Shottracker and Sidestep, and was recently appointed to the board of directors of the Kauffman Fellows Program. Marlon was named to Silicon Republic's list of 26 venture capital professionals spearheading change in technology investing, was a recipient of Digital Diversity’s Innovation & Inclusion Change Agent award, and was named a member of theRegistry's 40 under 40 Top Diverse Talent. Marlon has been featured in Fortune, Black Enterprise and a number of other magazines, blogs, and podcasts.