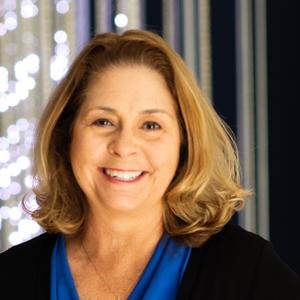 Veronica McGregor tweets to millions of people each day while channeling her inner robot. She manages the award-winning news and social media operations at NASA’s Jet Propulsion Laboratory, overseeing accounts and campaigns across YouTube, Twitter, Facebook, Ustream, Google+ and more. She currently tweets as @NASAJPL and @AsteroidWatch, and is one of the "hive mind" behind @MarsCuriosity.

Veronica launched NASA into social media in 2008 with @MarsPhoenix, the space agency’s premier mission account. Offering pithy updates in the first person, @MarsPhoenix became the fifth most-followed Twitter account while the mission was ongoing. In 2009, Veronica organized NASA’s first live-streamed interactive broadcasts on Ustream and created the first “NASA Tweetup” – an event designed to bring social media followers behind the scenes to witness mission operations firsthand. Now called “NASA Socials,” over 100 events have been held at NASA centers across the U.S. with similar events held by space agencies in Canada and Europe.

In 2013, her team won the SXSW Interactive Award for Best Social Media Campaign and the Webby Award for Overall Social Presence. Veronica is also the recipient of the Space Communicator award from the RNASA Foundation and the Exceptional Service Medal from NASA. Before joining NASA-JPL in 2001, she worked at CNN as a producer and assignment manager.