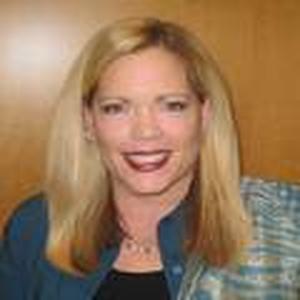 Ms. Carpenter is a music industry veteran. Her executive experience includes a background in performing rights management and overseeing major studio and network television music departments. Ms. Carpenters experience in protecting and monetizing music copyrights is well known and has earned her the highest level of respect from composers and publishers worldwide Ms. Carpenter is currently the President & CEO of Reel Muzik Werks, LLC. A Full Service Music Rights Management Company that specializes in Global Writer/Publisher Administration, Licensing & Clearance and Music Supervision for all Media.

As the executive in charge of network television music at Fox Family Worldwide/Saban Entertainment, Ms. Carpenter was responsible for overseeing the Fox Family/Saban's global music business. Prior to that Ms. Carpenter served as a Music Administration & Production Executive at Metro-Goldwyn-Mayer (MGM Studios).  Before that she was the Director of Music at Academy Award Winning Indie Company, Hemdale Film Corp. Ms. Carpenter began her career at Broadcast Music Inc. in Film/TV relations. She spent much of her time at BMI working directly with composers and publishers providing assistance with their global performing rights concerns.

Ms. Carpenter holds a Bachelor of Music Degree in Vocal Performance & Composition from Cal State Long Beach where she graduated with honors.  Her post graduate studies at UCLA were in International Business and currently she is a guest lecturer in the music department at UCLA. Ms. Carpenter is a recent two-term President of the California Copyright Conference and Finance Chair of the Board of Directors of the Copyright Alliance in Washington, D.C.. Currently, Ms. Carpenter serves as the Vice President for the Association of Independent Music Publishers and is a member of the Steering Committee for CIS-Net a FastTrack / CISAC global music database project. She also serves as a member of the X-Industry Joint Project Lead at CISAC.