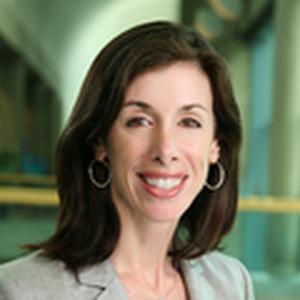 Dr. Kristi Henderson is the Vice President for Patient Access & Healthcare Transformation for Ascension Health, the largest non-profit health system in the country. She is also a Clinical Professor in Population Health in the Dell Medical School at UT-Austin. Prior to this role, she was the Chief Telehealth & Innovation Officer for the University of Mississippi Medical Center where she led the development of a statewide telehealth program, which is recognized as a national model. A few of her accomplishments include: 2017, American Academy of Nurse Practitioners State Award for excellence, 2015 Mississippi’s 50 Leading Business Women, 2013 Robert Wood Johnson Nurse Executive Fellow, the 2014 Nurse Innovator of the Year, 2012 Advanced Practice Nurse of the Year, and voted an "Edge Runner" by the American Academy of Nurses.

She has testified before two U.S. Senate Committees and the White House Domestic Policy Council to advance nursing and telehealth. She has made numerous presentations across the country to advance new models of care, including giving a TEDx talk and speaking at the 2016 & upcoming 2017 SXSW event in Austin.
She currently serves on the executive board for the American Telemedicine Association and on the National Quality Forum telehealth committee. She represents the American Academy of Nurse Practitioners on the National Council of State Legislators telemedicine taskforce and serves as a member of the National Governor’s Association telemedicine committee. She has also served as a telehealth advisor to the Association of American Medical Colleges.
Henderson received her Doctorate of Nursing Practice degree from the University of Alabama at Birmingham; her master’s degree in nursing from the Mississippi University for Women; and her bachelor’s degree in nursing from Mississippi College. She maintains national certification as a family and acute care nurse practitioner and is a fellow in the Emergency Nurses Association.