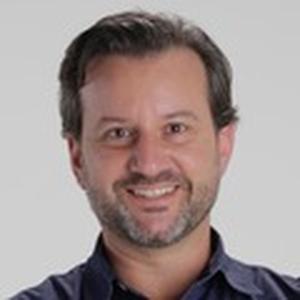 A graduate of Tufts University, Oxford University and USC’s Cinematic Arts master's program, David is a documentary filmmaker turned advertising strategic planner. For more than 20 years, he has shaped his career around elevating storytelling, using an anthropological approach to understanding human behavior, with a critical eye on contemporary culture and its influence on advertising. His award-winning career includes leadership positions at Crispin, Porter + Bogusky, TBWA\Chiat\Day, Secret Weapon Marketing, David&Goliath, and RPA.

David has been a strategic force behind some of advertising's most iconic campaigns, including the launch of MINI in the United States, Apple's iPod "Silhouettes" campaign, Kia Soul's "Hamsters" campaigns, Burger King's "The King" campaign, Jack in the Box's "Jack" campaign, and the Farmers Insurance “University of Farmers” campaign.

David is an adjunct professor at USC's Annenberg School of Communications and a columnist for MediaPost's Engage blogs.

100 Million People You Don’t Know, But Should at Hyatt Regency Austin Zilker Ballroom 2

100 Million People You Don’t Know, But Should at Hyatt Regency Austin Zilker Ballroom 2