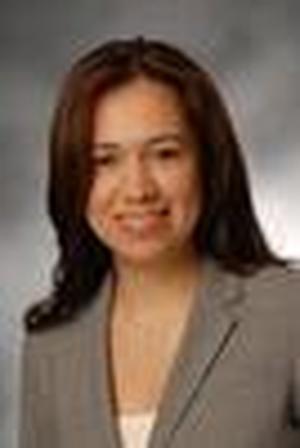 Cindy Jimenez serves as Senior Director of Government Relations for United Technologies Corporation. In this role she is responsible for positioning and shaping legislation and issues relating to commercial aviation and space on Capitol Hill. Prior to joining UTC, she served as Vice President of Government Relations for TechAmerica as the Association’s principal lobbyist on Capitol Hill.

Prior to joining TechAmerica, Jimenez spent over eleven years working on Capitol Hill for several Members of Congress. She worked for House Speaker Nancy Pelosi as Outreach Advisor on issues relating to the Federal Budget, Immigration and Small Business. Ms. Jimenez first joined Congresswoman Pelosi’s staff in 2002 where she served as the Deputy Communications Director in the Democratic Whip's office. Prior to joining the Whip’s office, she was Communications Director for Congressman Gene Green of Houston, Texas.

Since 1992, besides her work in Congress, Ms. Jimenez also worked in numerous campaigns. During the 2008 Presidential Elections, she assisted in organizing precinct and canvassing programs in the Obama for America GOTV program in the Virginia Beach area. She also managed field operations to increase voter participation in Hispanic and Native American communities in Colorado, Arizona and South Dakota.

Ms. Jimenez graduated from the University of Texas in Austin, Texas with a Bachelor’s degree in Government and Spanish. She also served as an adult probation officer in Texas from 1992-1996.

She is currently an Advisory Board Member for the Congressional Hispanic Leadership Institute. In 2008, she was selected by Hispanic Business Magazine as one of the Top 100 Most Influential U.S. Hispanics.