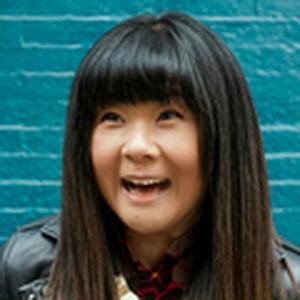 Jenny performs at the Upright Citizens Brigade Theater in Los Angeles and tours colleges and universities throughout the United States. She has appeared on popular podcasts such as Lady to Lady, Lovett or Leave It, Yo! Is this racist?, and Unhappy Hour with Matt Bellassai. Jenny is the director of the Disoriented Comedy tour and The Comedy Comedy Festival: A Comedy Festival.

Jenny is also the creator of the viral Bad Appetite Magazine comedy videos that skewer food and "foodie" culture with a satirical edge (#HowToEatPBJ / #FoodToWork).

In 2016, Jenny was honored as a White House Champion of Change for her leadership in Asian American and Pacific Islander Art and Storytelling. In 2015, she was dubbed one of Los Angeles' "most fascinating people" in LA Weekly's annual "People" issue. Jenny is a Creative Change fellow with The Opportunity Agenda and a Google Next Generation Leader.