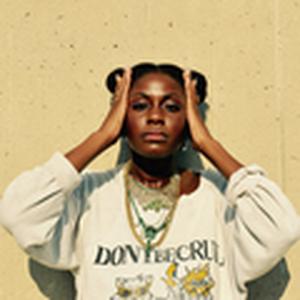 SAMMUS (Enongo Lumumba-Kasongo) is a rap artist and producer from Ithaca, NY with a PhD in science and technology studies from Cornell University. She is currently a postdoctoral fellow at Brown in the music department. Since 2010 Sammus has written, produced, and recorded three full-length albums (one of which has charted on Billboard), three EPs, a collaborative video-game themed concept album with the MC Mega Ran, a critically acclaimed beat tape, and countless one-off collaborations with artists from a variety of genres as well as video game developers, podcasters, and filmmakers. Her story as an artist at the intersections of academia and Afrofuturism has led to performances and speaking engagements at a range of conferences, conventions, festivals and campus events about her experiences as a hip hop artist, black feminist, Afrofuturist thinker, and artist/academic. She has appeared everywhere from Comedy Central to SXSW. Her live shows, characterized by her explosive energy and the inclusion of elements of cosplay, bring together a diverse array of activists, hip hop heads, punks, and self-identified nerds and geeks, among others. As noted by the Los Angeles Times, Sammus “has a gift for getting a message across.”