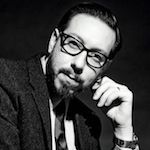 Joshua Topolsky is an editor of things. Professionally, he is the founder, CEO, and Editor In Chief of The Outline, a new digital media company that launched in Q4 2016. Before The Outline, Josh was most recently head of Bloomberg Digital as well as Bloomberg Media’s Chief Digital Content Officer. In 2015 he was named to AdAge’s 40 under 40 and Crain’s very similar 40 under 40 list. It’s possible this now makes him 80 years old. Or slightly under 80.

Josh is the co-founder and former Editor-in- chief of The Verge, a revolutionary online publication which covers the intersection of technology, science, art, business, policy, and culture. He is also a co-creator of Vox Media, a leading new media venture. Joshua was named Adweek’s 2012 Digital Editor of the Year, and led The Verge to widespread acclaim. The Verge took home five Webby Awards in 2013, was a finalist for the 2013 Online Journalism Award for general excellence, was nominated for a 2014 ASME National Magazine Award in video, and won an 2014 AFI Docs audience award for its short-form documentary Beyond Recognition.

Joshua was also the editor-in- chief of Engadget from 2008 to 2011. He’s spent his life exploring a creative curiosity, from a childhood spent tinkering with computers and electronics, through his formative years touring the world as a music producer and DJ.

Start Over: The Next Age of Digital Media at JW Marriott Salon D