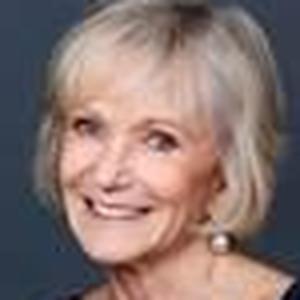 Ms. Koplovitz is the founder and former Chairman & CEO of USA Networks, the SyFy Channel (formerly Sci-Fi Channel), and USA Networks International, today multi-billion-dollar television cable network. Ms. Koplovitz ran the network for 21 years before stepping down in 1998, at which time it was sold for $4.5 billion. As founder of USA Networks, Kay is the visionary who created the business model for cable networks by introducing the concept of two revenue streams: licensing and advertising.

Since 2000, Kay has served as Chairman of Springboard Enterprises, where under her leadership, the mission of the venture-catalyst accelerator has been an ecosystem of essential resources and a global community of over 5,000 experts connecting its alumni to human, social, and financial capital to support the next phase of their company’s growth.

A strong 21-year track record has validated the value of Springboard Enterprises. The alumna and their innovative solutions are accelerating and transforming industries, creating a total of $36.4 Billion in value since its launch in the year 2000, with 227 exits to strategic acquirers and 26 IPOs. In 2014, Ms. Koplovitz co-founded the New York Fashion Tech Lab bringing promising technology companies in collaboration with the fashion and consumer retail industry.

In 1998, President Clinton appointed Kay to chair the bipartisan National Women's Business Council (NWBC). Her research found that $104 billion in venture capital was going over the transom, but only 1.7 percent was going to women. Kay discovered that there were few venture capital and funding options for women entrepreneurs. VCs in Silicon Valley told Kay they had never seen any women come to pitch them. Subsequently, she was compelled to use this platform to launch Springboard Enterprises, t0 select, train to raise capital, and present to the VC community.