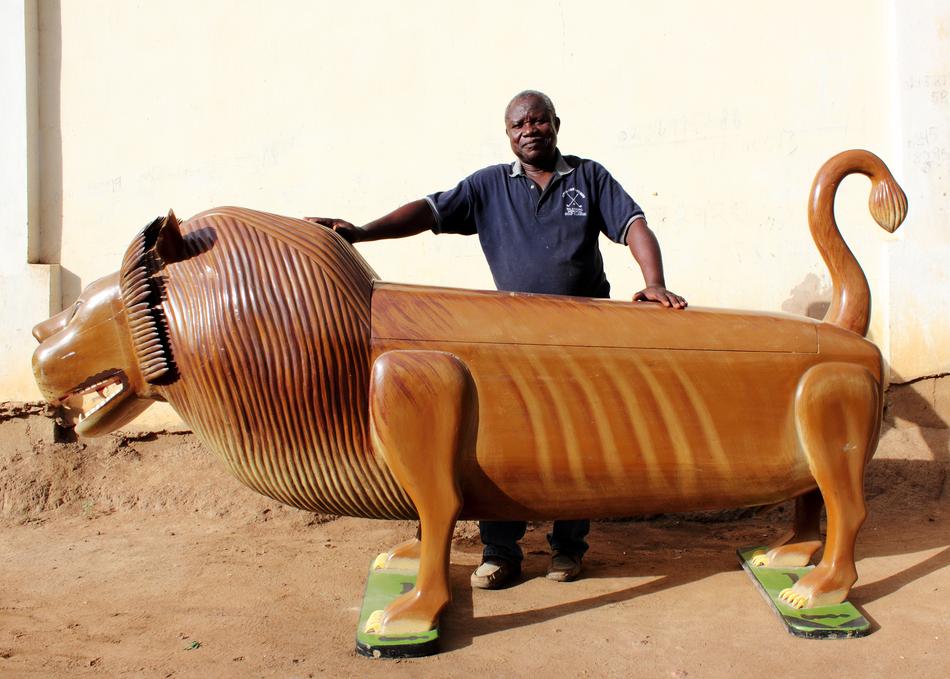 He dreams of his bygone days: bringing money home in briefcases, work being shipped the world over. Now he sleeps as the cars hurtle passed. There are no customers, no tourists – there are no coffins to make. His son dreams too, of returning his father to his former glory and rebuilding the family legacy together.

Over the next four years they stand side-by-side, conquering love and death and embracing a life changing opportunity to travel to the UK to undertake an artist residency. It is the start of their future together – father and son, master and apprentice, Paa Joe and The Lion