The 90 minute Film School consists of five 15 minute presentations. Covering everything from marketing to distribution, production and more, come to the 90 Minute Film School for distilled knowledge about how to create your independent film and get it out into the world. All of the talks that are going to be presented in the 90 minute film school are outlined below:

Your Golden Ticket: Navigating the Festival World with Your Short Film: Anna Feder (Emerson College): You’ve made a stellar short film. Now what? Few film schools provide students the tools to navigate the ever changing world of film festivals. For a short filmmaker, festivals represent one of the few opportunities to see your passion project up on the big screen in a communal environment. What are festivals looking for? How do you decide which one’s are right for your film? How do you make the most of the opportunity when your film is selected? How do you ensure a good turnout? How do you connect with companies that are interested in distributing your short? A quick overview of the myriad of possibilities available for the short maker at national and international film festivals. This talk will include data on shorts programming at over 100 film festivals (surveyed through the newly formed Film Festival Alliance, an independent non-profit organization to develop and foster collaboration among mission-driven film festivals around the world.)

How to Pitch a Compelling Short Project: Dave Mullins (Pixar Animation Studios): Any employee at Pixar Animation Studios can seize the opportunity to make a short film at the studio; but in order to do so, individuals have to pitch three ideas to a group of studio leaders and hope that one of those stories is green-lit. In this session, Dave Mullins, director or Pixar’s newest short “Lou,” talks about some of his experiences pitching ideas over the course of his 16 years at the studio, giving audience members some tips and insights on how to pitch a short project effectively. Mullins will walk through some examples of what worked and what didn’t, and ultimately what granted him the chance to make “Lou.”

Get Your Shit Together And Promote Like A Boss: Kelly Wengert (Netflix): Promotion is not always about ads! In this talk, I will share the top three strategies Netflix Originals use to create compelling experiences that people want to watch. I will break down the elements of visual imagery that connects emotionally with multiple audiences nationally and globally. How to utilize film production and marketing shoots to capture a diverse range of assets. And, the when and how of video to craft immersive storytelling.

Stealing in Plain Sight—Re-Defining Plagiarism: Andrew Allen (Short of the Week): The massive explosion of short films and videos facilitated by the web is known, but less known is how this profusion is now leading to a skyrocketing number of creators claiming bigger brands have duplicated, borrowed, or outright stolen their ideas.
From Shia Labeouf to Beyoncé, the past year has brought a dramatic increase in claims of intellectual property "borrowing". With an inadequate legal system to adjudicate these claims, indie creators are taking to social media to air their grievances and rally fans.
Using examples from recent past, we hope to, as a creative community, create a framework to navigate the sea of ambiguity between inspiration and theft in the internet age.

Social Media Stripped Down - The Bare Essentials: Tiffany Pritchard (Studio Canal UK): Social media has grown exponentially in recent years. But for independent filmmakers and production execs, this can be daunting. Where do you begin in creating a stripped back, yet cost effective campaign? Which platforms are necessary, and how can you utilise them best? Do I need graphics? How do I cross promote across the different platforms? At what stage should I start the campaign? These are questions we will explore in a workshop setting, where we look at effective campaigns, and discuss how your films can also work within a simplified social context. We will also look at creating our own simplified graphics via different apps/programs. Social media simplified, it's the way forward.

Short of the Week 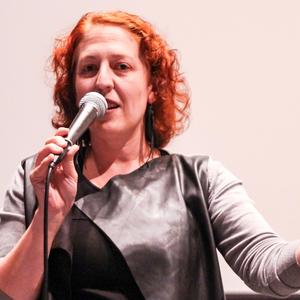