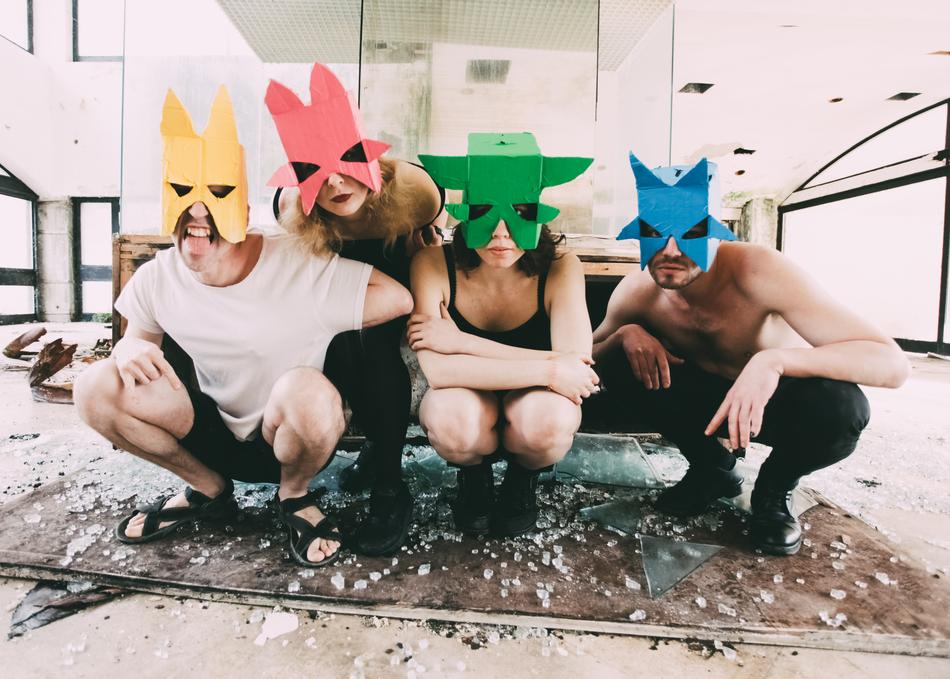 PUSSY RIOT is a Russian a protest art collective based in Moscow. Founded in March 2011, it had a variable membership of approximately 11 women. The group staged unauthorised provocative guerrilla punk rock performances in unusual public places, which were made into music videos and posted on the Internet. The collective's lyrical themes included feminism, LGBT rights, and opposition to Russian President Vladimir Putin, whom the group considered to be a dictator. These themes also encompassed Putin's links to the leadership of the Russian Orthodox Church.

They gained global notoriety when five members of the group staged a performance inside Moscow's Cathedral of Christ the Savior in 2012. The group's actions were regarded sacrilegious by the Orthodox clergy and eventually stopped by church security officials. The women said their protest was directed at the Orthodox Church leaders' support for Putin during his election campaign. On March, 2012, three of the group members, Nadezhda Tolokonnikova, Maria Alyokhina, and Yekaterina Samutsevich were arrested and charged with hooliganism. On August 17, 2012, the three members were convicted of "hooliganism motivated by religious hatred", and each was sentenced to two years' imprisonment. On October 10, following an appeal, Samutsevich was freed on probation and her sentence suspended. The sentences of the other two women were upheld.

The trial and sentence attracted considerable attention and criticism, particularly in the West. The case was adopted by human-rights groups, including Amnesty International, which designated the women as prisoners of conscience, and by a number of prominent entertainers. Having served 21 months, Tolokonnikova and Alyokhina were released on December 23, 2013, after the State Duma (Russian Parliament) approved an amnesty. After their release, Tolokonnikova and Alyokhina and several other members performed as Pussy Riot during the Winter Olympics in Sochi, where they were attacked with whips and pepper spray by Cossacks who were employed as security guards.

In 2014-2016 Pussy Riot (Alyokhina and Tolokonninkova - together or separately, with different line-ups), recorded and released several videos: "Putin Will Teach You To Love The Motherland", "I Can't Breathe" (named for the last words that Eric Garner said as New York City Police held him to the ground in a chokehold), "Chaika", "Organs", "Make America Great Again".

In December 2016 Maria Alyokhina and music producer Alexander Cheparukhin started a new project - PUSSY RIOT THEATRE with "Revolution" - a play based on Alyokhina's book "I FELT FREE" (should be published in UK in Summer 2017 by Penguin Books, in USA in Fall 2017 by Metropolitan Books). There are 4 people on stage. 2 women and 2 men. Maria Alyokhina herself, Kyril Masheka - her main stage partner on "Burning Doors", and Nastya and Max of the music duo AWOTT (Asian Women On The Telephone). The project is produced by Alexander Cheparukhin and directed by Yury Muravitsky - one of the leading Russian theatre directors, winner of "Golden Mask" annual Russian theatre award. SXSW PERFORMANCE WILL BE A WORLD PREMIERE OF "REVOLUTION" BY THE PUSSY RIOT THEATRE after 7 preview shows in Seattle, Olympia, San Francisco, Santa Cruz, Los Angeles, and Albuquerque