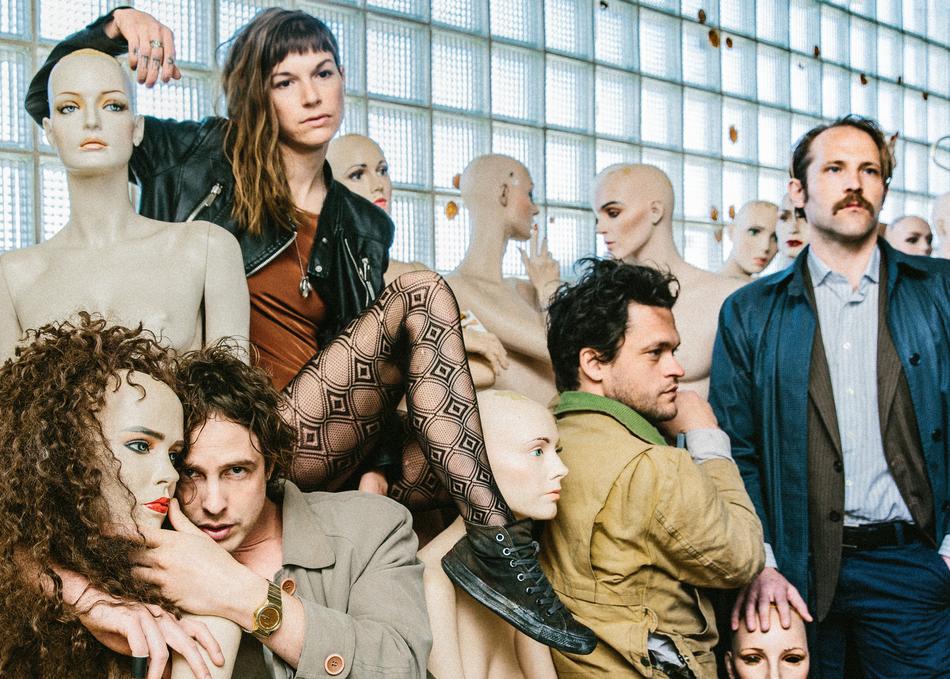 Blasted grassland, the thin ribbon line of the freeway unspooling beneath wheels, skies stretched wide between mountaintop. It is dream music, foggy, atmospheric, the melodies you hear while you gazing out through fingerprint smeared windows into a constantly moving, metamorphing - landscape….

It makes sense then, that BRONCHO, born out of out a film project, its initial incarnation sparked when founder Ryan Lindsey was asked to create music, “to set to an early 80s punk film.” “That’s all I knew about it,” he remembers, “they were looking for songs that touched this era. And songs kept coming to me and turned something on inside of me artistically.” Lindsey found himself in the midst of prolific run of songs and he liked the idea “of starting out there and seeing where it could go.”

What’s evolved from those first tracks there has been a steady run of success, critical accolades and two full-length albums; 2011’s Can't Get Past the Lips, 2014’s Just Enough Hip to Be Woman. And beneath it all – the music has been constantly mutating and ceaselessly experimental. From that first inception as a soundtrack in 2010, BRONCHO has taken on a life of its' own – initial inspiration still there, but now pushing far beyond the stiff confines of score. And what began as an ode to ramshackle, high-energy early punk has become something deeper, weirder, and much more nuanced. The undercurrent of early 1980 punk is still there, but The Ramones pogo has been replaced more often by a kind of Love and Rockets inspired, honeyed, cotton-mouthed drift.

Double Vanity is Lindsey and band mates Ben King, Nathan Price and Penny Pitchlynn steadily moving ahead, transforming the raw angst of the first record into a sound decidedly more layered and complex. Tracks like “New Karma" or “Two Step" riff off the later explorations of punk, culling up refracted images of John Hughes prom nights, love songs echoing from a boom box held high. "Jenny Loves Jenae" and "Speed Demon" strut with an when 80s met 50s swagger, discord transformed into a jagged, frenetic pop. "Señora Borealis" is all bad boy sneer - sensual, moody, with a sly and predatory swagger. "I Know You" is simultaneously infectious and brooding, somehow both exalting and heartsick.

The result is a record that veers gleefully from BRONCHO’s roots, moving from graffiti spray backrooms into a sleeker, plusher sound, a place bright with the polished gleam of chrome and bleached white sunlight. Close your eyes and what you feel is the raw wound pulse of adolescence, what you see behind your lids is suburban shopping mall wastelands, glazed eyes, dead grass, lips glossed in bubblegum pink. There is the burst chest thump of teenage longing, the smell of hairspray and cigarette. There is glow of neon and the glint of streetlight rolling across hood.

Double Vanity evokes a shared nostalgia, for the past and for the unknown future, as BRONCHO takes a turn off the wide freeways and into a world of intimate, intricate - but always universal - emotion.