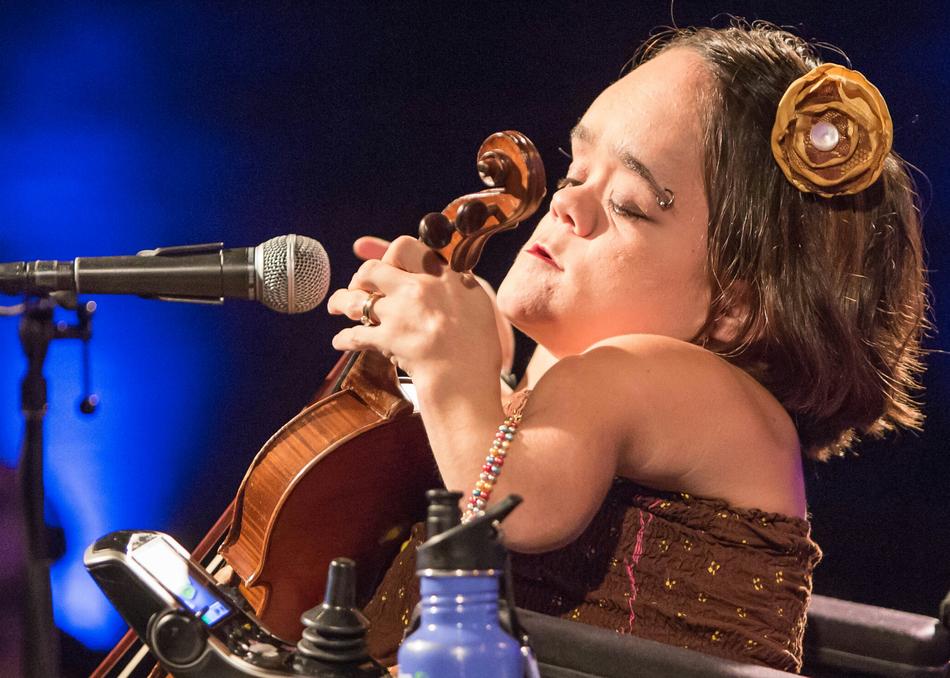 Someday We'll Linger in the Sun

Classically trained violinist and songwriter Gaelynn Lea has been bewitching scores of fans with her experimental and ambient takes on fiddle music, an approach that incorporates her love of traditional tunes, songwriting, poetry and sonic exploration. Her work most recently won NPR Music’s 2016 Tiny Desk Contest, a competition drawing submissions of original songs from more than 6,000 musicians across the country.

Gaelynn Lea has been playing violin for over twenty years, developing an improvisational style all her own. She has performed alongside many notable musicians over the years including Alan Sparhawk, Charlie Parr, Lucius, Pigface, Jess Klein and Billy McLaughlin.

On March 3, 2016, Gaelynn Lea was named the winner of NPR Music’s second-ever Tiny Desk Contest. The video entry of her original song “Someday We’ll Linger in the Sun” rose to the top of over 6,100 submissions from around the nation, chosen as the unanimous favorite among the contest’s six judges. The very next week, Gaelynn performed a moving Tiny Desk Concert, at which the show’s host Bob Boilen said “there was hardly a dry eye.”

“Karen Dalton and Joanna Newsom melt together in the form of Gaelynn Lea and set about absolutely obliterating your heart.” -Dan Auerbach (The Black Keys)

“The way her voice resonates is so unusual and beautiful, like nothing I’ve ever heard before.” -Jess Wolfe (Lucius)

Gaelynn Lea’s musical reach has expanded significantly because of the Tiny Desk Contest. She began a touring nationally in September 2016, and in December 2016 she performed in Europe for the first time as support for Low’s Christmas tour.

In addition to performing, Gaelynn Lea has had a busy year in the recording studio. She released her debut solo album entitled “All the Roads that Lead Us Home” in November 2015. It pays homage to the traditional fiddle tunes and beloved standards that Gaelynn has been playing for over a decade. But of course, there is a twist! Gaelynn used her Memory Man looping pedal to create winding layers of sound underneath these familiar melodies.

She released a version of her Tiny Desk Contest winning track, “Someday We’ll Linger in the Sun“ in May 2016. Several months later Gaelynn recorded and released a 6-track EP titled “The Songs We Sing Along the Way“, backed by guitarist Al Church. In November 2016, she followed up this EP with a full-length holiday album, “Deepest Darkness, Brightest Dawn“, once again accompanied by Al Church.

Gaelynn also loves to do speaking engagements about disability, overcoming challenges, and the joy of music. Gaelynn has a congenital disability called Osteogenesis Imperfecta, or Brittle Bones Disease. In recent years, she has used her music as a platform to advocate for people with disabilities and to promote positive social change. Gaelynn believes society must make accessibility a priority so people with disabilities can participate fully in their communities and use their talents and gifts without discrimination.