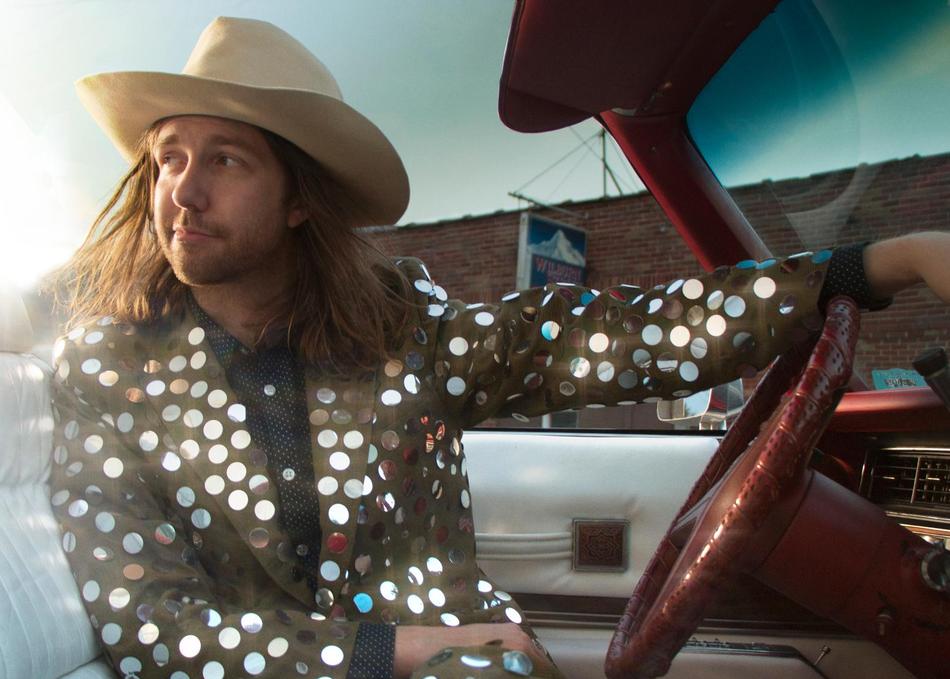 Silver Tears is a collection of songs that offer a glimpse through the eyes of one gifted songwriter and versatile musician. Whether playing guitar in the late incarnation of riotous glam-rock innovators the New York Dolls, the gender-bending, envelope-pushing sleaze n’ tease arena rock band Semi Precious Weapons, the Neil Young-signed alt-country act Everest, British roots rock band Alberta Cross, Southern rock stalwarts Drivin’ N’ Cryin’ or even as frontman of the devilishly cleverly-named Heartbreakers meets Replacements rockers Madison Square Gardeners, East Nashville-based musician Aaron Lee Tasjan has always considered himself a songwriter first and foremost, writing his own off-kilter folk-inflected songs since he picked up his first acoustic as a teen guitar prodigy. “A lot of the stuff I did previously was never the main focal point,” Tasjan explains. “It’s all just been pieces along the way.” While those stints may have never been his main destination, each one has been a stepping stone that has uniquely informed his songwriting and made him a compelling, singular artist. Tasjan’s songs, as first heard on his debut solo EP, 2014’s Crooked River Burning, are indebted to great American storytellers like John Prine, Tom Petty, Guy Clark, Steve Goodman, Arlo Guthrie and Todd Snider. They are imbued with wry wit, a sharp tongue and a lot of heart.

Last year’s self-released LP, In The Blazes, received accolades from American Songwriter, Rolling Stone, Nashville Scene and NPR and suggested Tasjan was an artist to keep an eye on. While that album hinted at Tasjan’s enormous potential, it’s his sophomore effort, his New West Records debut, Silver Tears, that best realizes his artistic ambitions and solidifies him as one of the most intriguing singer/songwriters to emerge in sometime. An inspired and confident set of songs, the 12-track album, which features a cover with Tasjan decked out in a reflective suit and Stetson, careens from woozy pot paeans to brooding, cinematic observations to laid back ‘70s country-rock and galloping anthems to introspective folk and rollicking honky tonk. “I might have made something that will surprise people,” Tasjan admits. “I didn’t completely abandon the recipe, but I really stretched myself and pushed beyond what people might expect from me. Being true as a musician, I’m not just one thing – and a variety of styles is a way to accomplish that. “

As in the song “On Your Side,” which sees Tasjan warble, “I sing jokes/And call 'em songs/Nobody knows where they belong/I've come up short/For far too long/And what felt right/Now feels so wrong,” Tasjan often turns the mirror on himself, never afraid to cast himself in a negative light. “One of the reasons I’ve been able to connect with people is by being honest and saying this is a really realistic picture of who I am,” he says. “It’s not always the good but it’s me.”