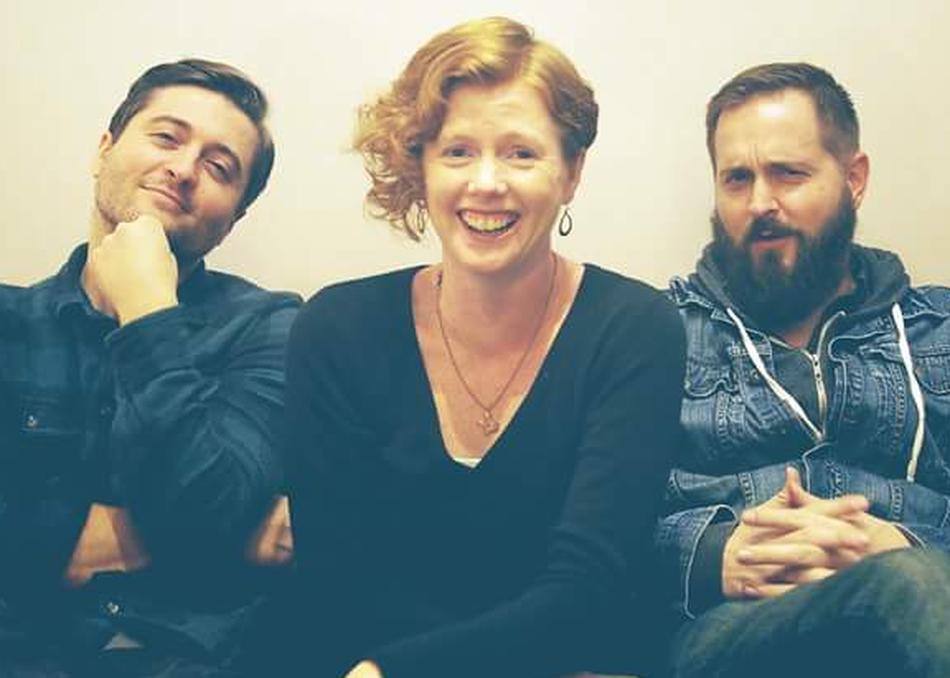 The Wheelwrights - Stone In the River

The Wheelwrights are an acoustic Americana trio based in Austin, Texas, creating roots-based, indie-folk wrapped in rich vocal harmonies.

Formed in 2015, three songwriters, Seth Grueneberg, Anna Larson, and Jon-Michael Rogers, joined forces to create authentic, finely-crafted music, and forge their own path. They’ve since established themselves as multi-instrumentalists dedicated to all things handmade. This is music that drives the back roads, sings on a Sunday morning, and knows better than to leave any whiskey in the bottle.

The Wheelwrights's full-length album, "A Forest In Trees" is slated for release in April 2017. Dubbed by KUTX’s Austin Music Minute as “a grand debut”, “combining their passion for music and art” and hailed as one of PledgeMusic's "most anticipated early releases of the year," their debut full-length recording is a fusion of art and music. The group partnered with twelve visual artists, and three Austin-based producers and studios for its creation. The Wheelwrights also independently released a new single, paired with song-inspired visual art, each month from April through December of 2016.