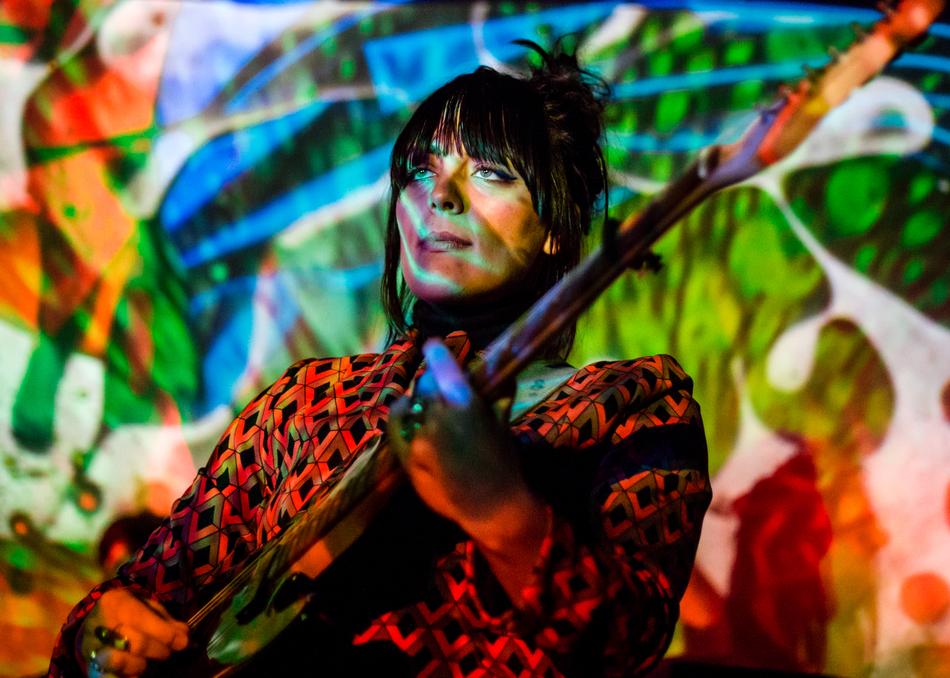 There is a particular place you get to without directions. you've been a thousand times but never once stayed past a moment. You pin the map each visit but it's always too dull to stick. You return to where you begin and aren't sure if you ever left. Is this voodoo? A southern occultist juxtaposed in the middle of New York City, Breanna Barbara writes songs that make you question how many lives you've led, and if you ever lived at all. "If you dig Alabama Shakes, there’s a good chance you’ll dig this too," said Brooklyn Vegan about Barbara, and for good reasons, her new album 'Mirage Dreams' (out now via No Roads) was recorded and produced by their collaborator Andrija Tokic, who also worked with Hurray For The Riff Raff. "It’s swaggering, smoky blues rock, with fuzzed-out riffs, organs, and Breanna’s attitude-fueled voice leading the way."

"This singer-songwriter is undeniably the product of steamy Southern summers, the kind where the air’s so sultry that there’s nothing to do but crank up the amps and drown your sorrows in a pool of sweat." - Consequence of Sound

"While it arises out of tragedy it does so with a gleeful vengeance, and in the case of this track, even a howl." - Interview

"Brooklyn-based musician Breanna Barbara ain’t just another super cute indie chick. This girl has got pipes, not to mention the unabashed soulfulness of the blues musicians of days past." - BULLETT

"That kind of experience is one in a million, but then again so is her smoky quartz voice" - V Magazine