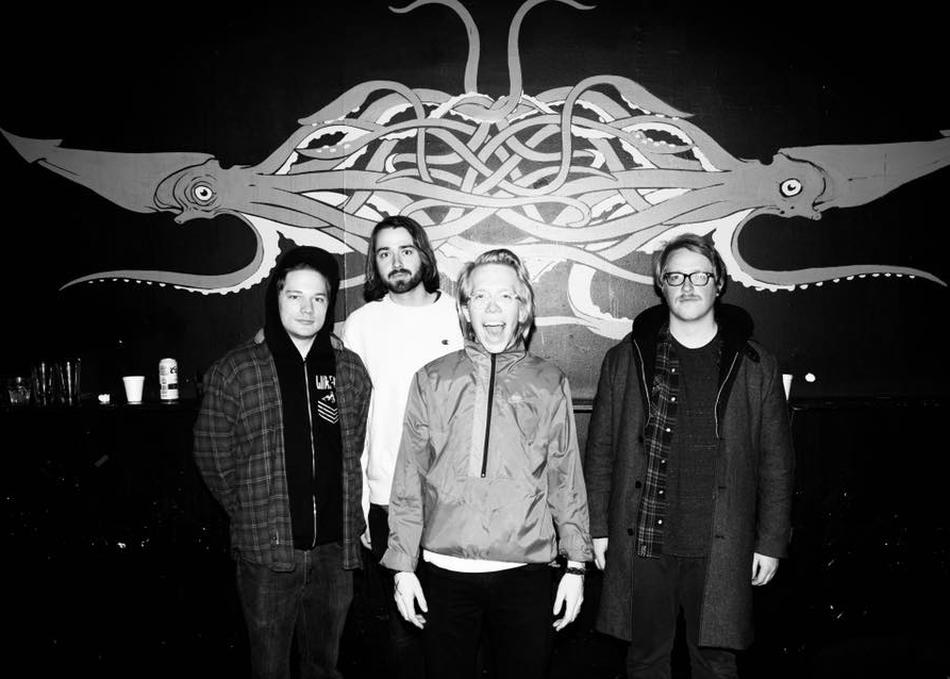 Listening to Slow Caves, one is reminded that being sonically interesting doesn’t mean that a band must sacrifice having old fashioned hooks or pop sensibilities. Danish born brothers, Jakob and Oliver Mueller, provide the vocal and guitar backdrop for Slow Caves, a band (rounded out by childhood friends David Dugan - guitar/bass, and Jackson Lamperes – drums) who offer a relaxed and surf-y update on 80’s synth, 90’s jangle, and early aught’s indie rock. Formed in Ft. Collins, CO in 2014, Slow Caves quickly gained a reputation as a must-see local attraction. Soon the band was making an impression in Denver’s vibrant music scene, earning them slots at tastemaker clubs such as The Hi Dive and Lost Lake Lounge. In 2015, the band showcased their music at SXSW in Austin and CMJ in New York. Then in late 2016, the band signed with Cincinnati-based Old Flame Records (Cloud Nothings, Dead Confederate), announced their Old Flame debut (Desert Minded-EP due March 10, 2017), and also their inclusion in Boise’s lauded, Treefort Festival and Austins' SXSW (March 2017). In January of 2017, the band embarked on its first West Coast Tour playing shows in Colorado, Utah, California and Arizona. All tour dates and more information about Slow Caves can be found at www.slowcaves.com