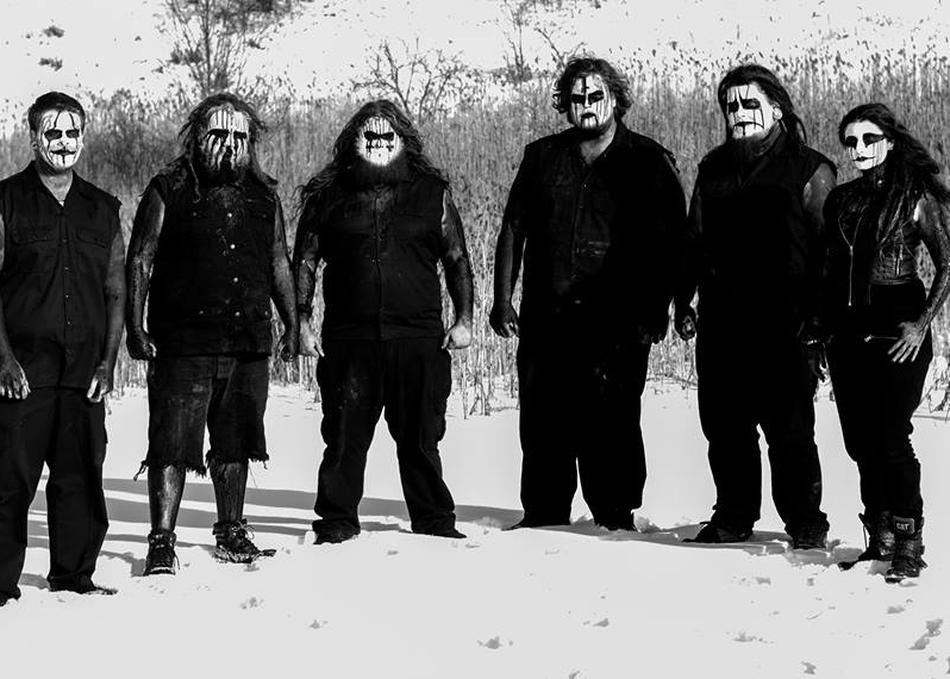 The Convalescence was founded in Spring 2011 in Toledo,OH. Originally, intended to be a side project, but after releasing their first single titled "Extermination" the band decided to make it a full time effort. After spending a few months in the studio they released a five song EP titled "Memories" via Enthral Entertainment and began doing regional midwest tours.

They followed up the EP in 2012 with an eight track album titled "Unmasking The Betrayer". The Convalescence started hitting the road a lot more in 2013 including headlining The For The Fans Tour with Kleos, headlining The Eradicatour with Erimha, appearing on select dates with Vital Remains and Mushroomhead, appearing on The See You Laytour with Along Came A Spider and Fallen Captive, and finishing out the year with Do You Like It Heavy Fest with In Dying Arms, Kingdom Of Giants, and Reformers, and Summer Pitfest with The Bunny The Bear, Neurotic November, In Dying Arms, and more. That Winter the band went back into the studio with producer John Burke and recorded their third album "The Process" which was released via Ferocious Records in May 2014.

The Convalescence continued touring non stop with a two year tour cycle on the album including tours with As Blood Runs Black, Rings Of Saturn, Upon This Dawning, Those Who Fear, Cryptopsy, Disgorge, Erimha, Soreption, Ill Nino, Straight Line Stitch, Motograter, and many more as well as appearing on the Metal Reigns In The Southwest Festival, Summer Stench Fest 2, Toledo Deathfest 2014 & 2015, The Northeast Ohio Metalfest with The Bunny The Bear, Rock The Farm 2015, Murderstock 2015, The 2015 Rockstar Energy Drink Mayhem Festival with Slayer, King Diamond, Hellyeah, The Devil Wears Prada, Whitechapel, Thy Art Is Murder, Jungle Rot, and more, Conquered Chaos Festival, and Dirtfest 2015 with Hellyeah, Coal Chamber, Fear Factory, Mushroomhead, King 810, and more. Soon after ending the two year run on the road The Convalescence went back into the studio with producer John Burke to record a new full length album titled "Poison Words" which was released in April 2016 via 3Thirteen EntertainmentGroup/eOne Music worldwide. They are signed to CB Entertainment for Management.

The band started touring again right away including their first ever European Tour with Suffocation, Cattle Decapitation, and Abiotic, SXSW Music Festival, and a full U.S. Headlining tour with So This Is Suffering and Beside The Silence. After a short break The Convalescence is gearing up to hit the road again on The Watch Them Burn Tour which includes Murderstock 2016, The Tattoo Showdown Festival with Slipknot, Five Finger Death Punch, Bullet For My Valentine, In This Moment, and more, The Border Town Brutality Festival, an appearance on the Showdown Stage opening for Disturbed and Breaking Benjamin, Kill This Fest, Midwest Fall Fest with I Set My Friends On Fire and It Lies Within, Toledo Deathfest 2016, and Dirtfest 2016 with Killswitch Engage, Asking Alexandria, Hatebreed, Attila, Born Of Osiris, and many more. After several lineup changes over the years due to the extreme tour schedule The Convalescence is Keith Wampler on Vocals, Brandon Davis on Guitar, Zac Lunsford on Guitar, Ronald Buckly on Bass, Justin Dubay on Drums, and Katie McCrimmon on Keyboards/Vocals.