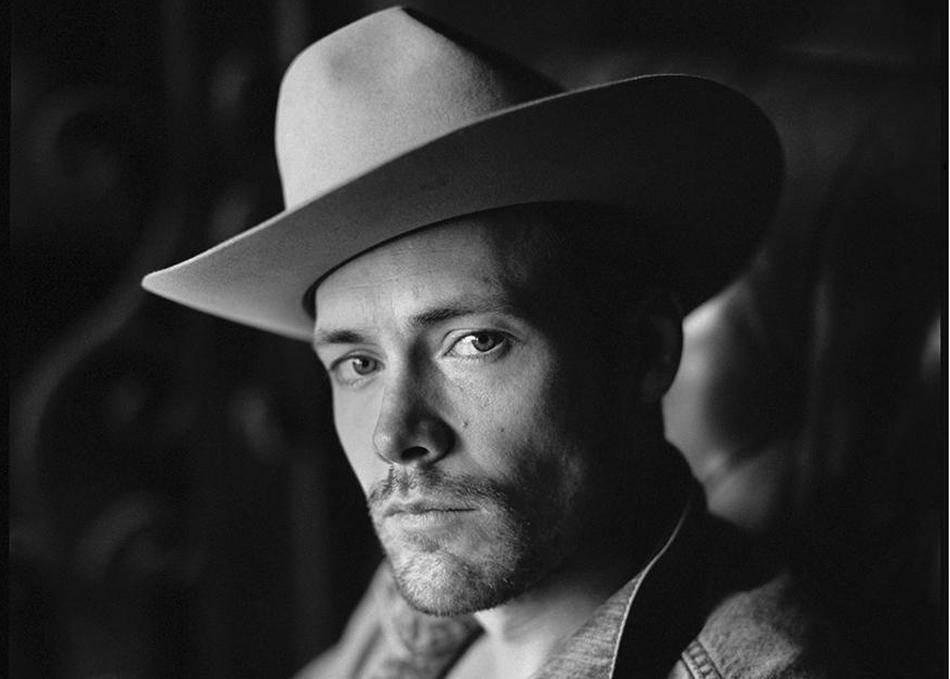 K Phillips’ life has been like a country song.  Born in West Texas and raised by his grandparents in the Concho Valley, K’s grandfather was both a cattle rancher and a criminal court judge.  His mother was a radio disc jockey who named her only son after her favorite Texan, Kris Kristofferson.  K began playing guitar at age 5 and began writing songs at 6.  At age 18 he lost both his best friend and his girlfriend in two separate drowning instances. In the wake of these tragedies, creating music understandably took on a deeper resonance.  It became how he processed life and heartache.

K’s first release, American Girls, garnered accolades from the likes of No Depression, Buffalo News, and Daytrotter for its blend of the literate and the lowdown. Many of these publications spotlighted a mythical essence about K, remarking about his mainstay Stetson hat, his chiseled Hank Williams-esque good looks, and a character quality that’s both vulnerable and reckless.

The mud-caked road leading to Dirty Wonder began the night K was at a club and ran into a well-off couple that were fans of his work. They had heard K was in a tight spot and generously invited him to live rent-free in an apartment above their garage.  “When I was living above that garage, even with all the money, and him being a good dad and a good husband, I saw it not working for those two,” recalls K.

The impactfully concise songs on Dirty Wonder are complimented by teardrop pedal steel guitar, rollicking blues piano, fuzzed out guitars, and gospel girl group vocals. The album’s leadoff single, “Hadrian,” featuring vocals from Adam Duritz, uses the story of the Roman Emperor Hadrian as an allegory. Here, the character is mired in an unraveling relationship and loses track of his better self.

The swaggering “18 Year Old Girls” snapshots the more comical elements of finding your footing after a breakup. “In that song, the guy is talking to a girl much younger than him, and realizes they have nothing to talk about,” K shares, laughing good-naturedly. “It’s embarrassing.” The crunchy backwater shuffle, title track “Dirty Wonder,” replete with barrelhouse piano, oozes temptation. It’s the struggle of being in something that you want to have last forever but experiencing a little jolt of “what’s behind door number two” impulsivity. The stately “Rom Com” channels that beloved cinematic convention (romantic comedy) into a song, complete with the “meet cute.” The song functions on many layers—it’s a wry commentary on pop love.

Writing and living through Dirty Wonder has been a profound process for K. He recently had a chance to perform “Rom Com” for the husband who had generously helped K when he needed a lift. From the side of the stage, K could see the man was touched by the song. “At that moment, I felt like I was giving back, and that’s all I want to do,” K says.  “While I am here, I want to connect through writing stories that help people get through whatever they’re going through.”