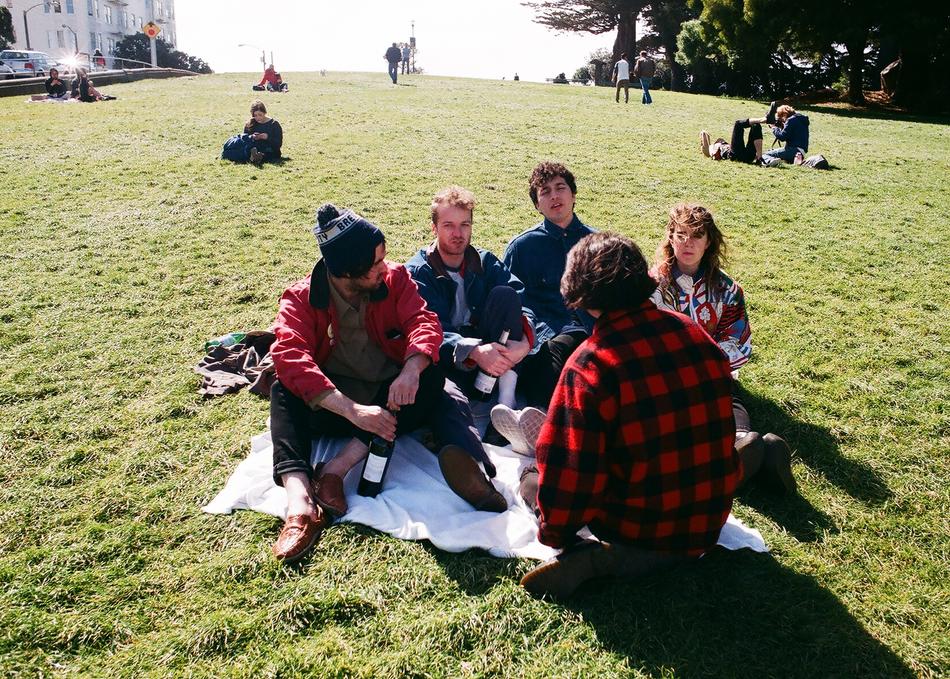 Cotillon is the moniker of Jordan Corso, a New York City based artist with ties to both San Francisco and Los Angeles. The Cotillon story began In the fall of 2013, when Corso accepted an invitation from Chet "JR" White to move into his spare bedroom in San Francisco and develop his debut LP, a room famous for housing prolific songwriters such as Christopher Owens, Tobias Jesso Jr, and Cass McCombs, who all worked under White's wing. Under White's guidance, Corso wrote and recorded his first album, and inked a deal with the great California indie label Burger Records.

After the release of his critically acclaimed debut S/T LP, who Spin Magazine (among others) honed one of 2015's best, and touring extensively across the US, Corso sold everything he had but a bag full of clothes and his music gear and boarded a plane for New York. "the time was right for me to make a New York album ", say's Corso. "I moved into a small, shitty apartment, and began getting to know the city I always dreamed of living in". So the story goes, Corso wrote everyday relentlessly taking inspiration from the french new wave, japanese literature, uppers, downers, big city culture, and a romantic relationship.

After Corso recorded a large collection of demos in his New York City apartment, it began time to figure out how to craft LP number two. The first person he showed them to was Shane Butler of New York via Boston's Quilt, who's work Corso strongly admires. "When I got the demos I felt like they were a pretty good metaphor for Jordan as I knew him. One of the things I really like about Jordan is that he is caught in this interstice between high-culture & low-culture; between the cleaner aspects of life and the grittier. I heard both these sides of him in the demos he showed me. Jordan also seemed really into this idea of making a 'New York' record. As someone who grew up partly in New York City, the prospect of making a 'New York' record in 2015/16 is a very complicated thing. That concept wrestles with some of the ideas that I saw in Jordan's personality. It is something of the high & the low; the grime & the glitter; the superficial & the genuine. All of which were attributes I saw in the song-writing at the time and heard from Jordan when he talked about what he wanted from a new record."" said Butler.

Butler called his friend Al Carlson (who helped Annie Clarke craft St. Vincent in his parents basement, record and mix artists such as Onheaotrix Point Never, Wild Nothing, Ariel Pink, and Butler's own Quilt) and booked time at Greenpoint's classic Gary's Electric Studio which Carlson calls home, and together they began crafting Cotillon's sophomore effort, " The Afternoons " over the span of the summer. "The Afternoons" also features Jon Nellen (Ginla) on drums and synthesizer and guest piano from John Andrews (Quilt, Woods).

The Afternoons by Cotillon will be released as a collaborative effort between Modern Sky (Beijing, China) and Burger Records in April of 2017.