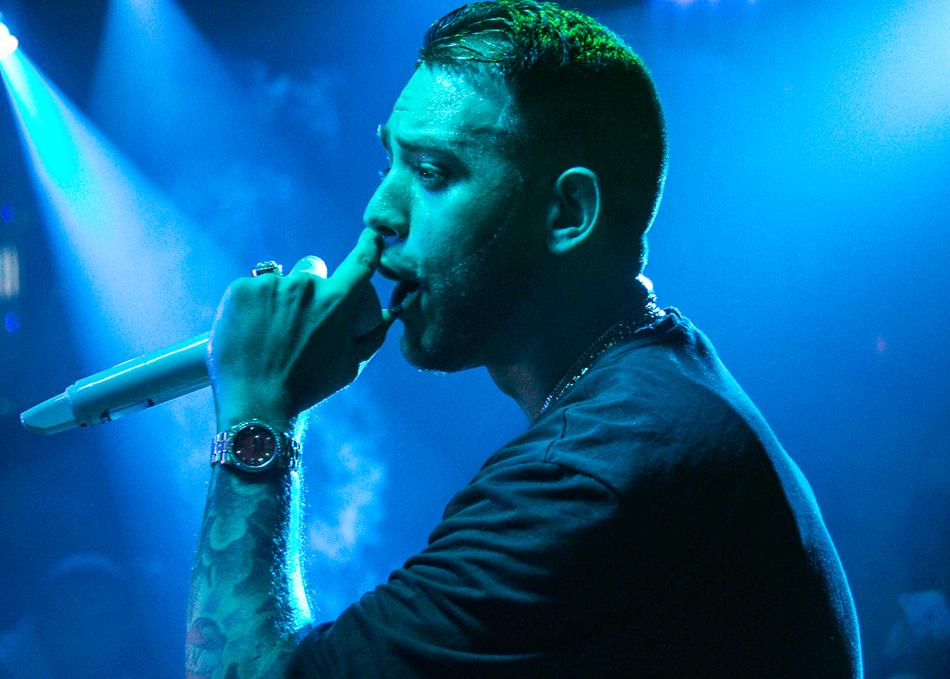 Born in the Dominican Republic and raised in Harlem, Messiah came to New York City at the age of two, where he discovered his Urban swag, his passion for music, and more specifically for Hip-Hop. Today, NYC is the place that claims him to be their “Spanish Remix King,” which has established Messiah international recognition. Messiah’s current focus is to represent his city (NYC), Dominican roots and Latin culture, and shine light to the underground world of Spanish Hip-Hop that has been under-rated for years; and Trap that has evolved.

Coming from a family full of musicians, Messiah has been surrounded by Latin and American/Spanish Hip-Hop music his whole life. He grew up listening to artists of both markets, submerged in the worlds of Latin romantic icons, José José, Sandro and Rafael, as well as those of Biggie and Jay Z. At the age of 11, Messiah wrote his first Hip-Hop lyrics/track, which erupted his songwriter skills. During that time and at an early age, he discovered the meaning of “Messiah” and become intrigued to become the “Messiah of Music.” In his teen years, you would see him walking the streets of Harlem rhyming lyrics to groups of friends and neighbors, and singing to girls after school.

Through his collaborative Spanish mixtape titled “It Was Time - Volume One (Ya Era Tiempo)” with Power 105’s DJ Flipstar, as well as his mixed track “Si Ta Bien,” the Spanish version of “Yeah Ok” (Top American Hip-Hop hit) broke Messiah to becoming a top viral, underground and indie Hip-Hop solo artist. The release of “Si Ta Bien” went viral with millions of clicks on YouTube within days and became the number one club anthem in NYC and the East Coast. Soon to follow, Messiah wrote his original hit, “Tu Protagonista,” which showcased his soft-tone voice as a singer and earned him a spot on Colombia’s top ten charts, where he joined Romeo Santos as the only two Dominicans on the chart.

Messiah then gained additional recognition from his remixes of “Hot Nigga” and “Commas.” Again, he teamed up with DJ Flipstar to release “It Was Time - Volume Two (Ya Era Tiempo),” where all of his original songs became international and cross-market hits such as “Tamo Lindo” ft Tali, “Como Lo Capo,” “Robinson Cano,” “Grande Liga,”etc.

Today at 26 years old, Messiah is known to be constantly selling out shows in the East Coast and establishing a loyal fan base in the West Coast and middle America, Latin America, South America, Europe and the Caribbean. Messiah’s growing success and influence is “helping him pave the way for future bicultural MCs and their mass appeal,” stated in an article by VIBE Magazine. He is the first Latino rapper from New York to sell out Stage 48, play Madison Square Garden three consecutive times in a year and sell out 16 shows in four countries within Europe (Switzerland, Spain, Italy and Holland).

Still an independent artist, Messiah has received offers from some of the biggest American record labels and has captured the attention of major artists in both Latin/Hip-Hop markets such as 50 Cent, Jay-Z, Daddy Yankee, Nicky Jam, and many more. He has worked and collaborated with various Latino and Reggeaton artists on songs, including J. Balvin, Nicky Jam, Daddy Yankee, J Alvarez, Jory Boy, Mozart la Para and Farruko.

Currently, Messiah is getting ready for the release of his first full-length studio album “Made in Europe,” which is set to be released Summer 2016. The LP was recorded during his most recent and first 2016 European tour, and is titled “Made In Europe.”