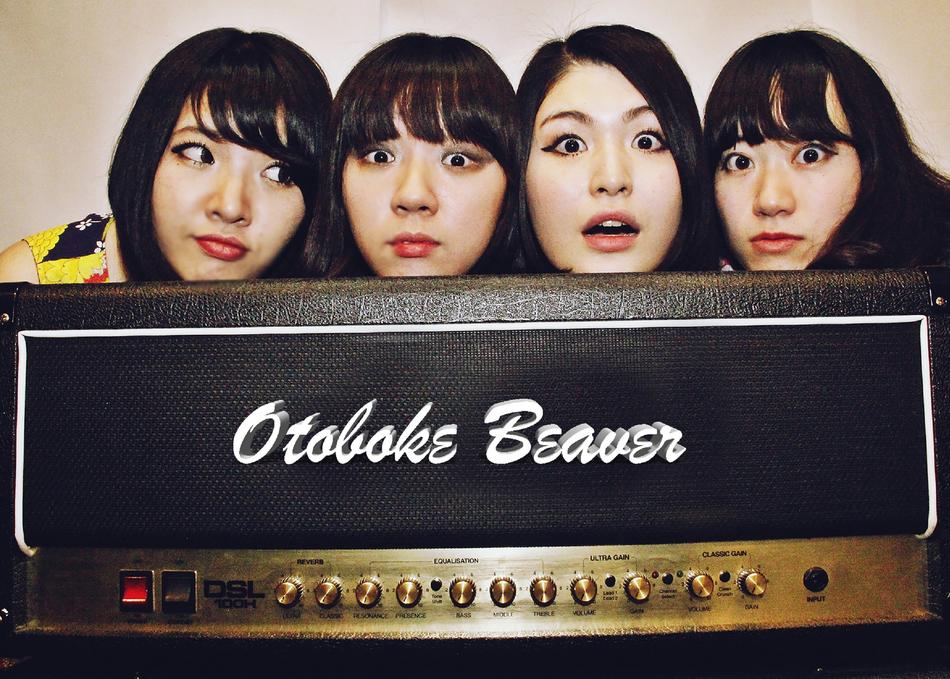 Otoboke Beaver おとぼけビ～バ～ are a punk-rock-garage quartet from Kyoto, Japan.

The band’s name is taken from a local ‘Love Hotel’ and they describe themselves as: “Japanese girls ‘knock out or pound cake’ band”.

Formed in 2009’s summer at Kyoto University’s music club (where Emi Morimoto of Shonen Knife had learnt drums a few years prior) the band consists of Accorinrin (Lead Vocal & Guitar), Yoyoyoshie (Guitar &Vocals), Hiro-chan (Bass &Vocals) and Pop (Drums &Vocals). Inspired by 70's/80's alternative Japanese acts such as Yipoos/Hikasyu and more recently Afrirampo, Otoboke Beaver created their own abrasive sound that became faster the more they enjoyed it until it was at break-neck speed. They only sing in Kyoto slang reflecting the proud ‘Kansai triangle’ music scene of Kyoto, Osaka and Kobe that produced Boredoms, Acid Mothers Temple and Shonen Knife.

Live the band often invade the audience and drill through 18-20 songs in a set. Regular touring has built a strong fan-base in Kyoto, Osaka and Tokyo where they shared stages with Shonen Knife, Guitar Wolf, Pika☆, The Floating Guitar Borchestra of BOREDOMS, DMBQ, and BO NINGEN.

All members have full-time office jobs and it’s culturally frowned upon to take more than a week’s holiday in Japan so the band can only tour in very short bursts, so you are advised to make the effort to catch them live if you have the rare opportunity to.