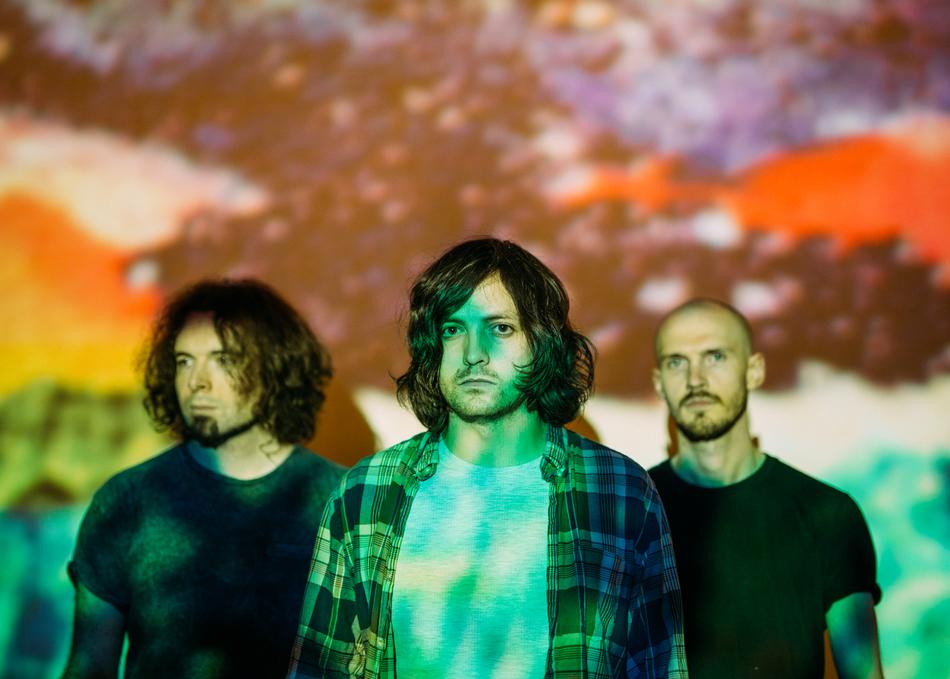 A clear generation gap exists in 2016. Aside from living in one of the most increasingly polarised times – with the resurgence of the far-right in the west, Dickensian levels of inequality and daily deceit delivered by the mass media; there is a whole generation who have slowly slipped into an ether of apathy. Modern pop and rock music now reflects this new paradigm; devoid of any substantive message, or meaning.

This is the stimulus for West London rock band Måntra;they would rather stand up and deliver music with a message for the left-behinds and the disenfranchised. “It started atuniversity”, explains frontman/guitarist and the band’ s principal songwriter Simon Stark. “I felt so removed from everything socially and emotionally. I just didn’ t want tobe there, it was numbing for me. Music was the only thing that actually meant something”.

Simon would go onto form Måntra with two friends from Ealing, Richard Leeds (bass) and Rob Emms (drums), asan expressive outlet for these subversive sentiments, underpinned by their shared musical influences. “It was probably the huge guitars and drums on Queens Of The Stone Age’ s Songs For The Deaf, or the melodies in The Beatles”, says Simon in respect of what drew him to the songwriting style of his peers. “I’ m really into keeping things simple so people can focus onthe true meaning of the song”.

The band combine emotive lyrics with haunting melodies, distorted guitars and thundering drums to powerfully affect their audience when they play live, something that the band thrives upon. “When someone came up to us for the first time and said ‘ Man, that’ s a fucking cool song’ it was just the best feeling in the world, like they understood it all.”

Måntra’ s powerful live performance and articulate songwriting soon caught the attention ofaward-winning producer Tom Dalgety (Royal Blood, Killing Joke, Pixies, The Family Rain),who invited them to record at his Rockfield Studios in Gwent, Wales. This would be one of the first opportunities Simon had to develop his songs with a producer, as Simon recalls “He’ s great. I don’ t know how he gets the sounds that he does. He would throw in ideas tocompliment the songs, I really think he brought out the best in us as a band”.

The result would be the band’ s debut EP, which then went onto receive the attention ofrenowned Canadian indie label Dine Alone Records (Alexisonfire, FIDLAR, Jimmy Eat World, The Dirty Nil) who duly signed the band.

The EP truly embodies all the encompassing sentiment and raw energy that have come todefine Måntra– whilst at the same time echoing the band’ s social commentary on what they perceive to be modern life.

I Want in particular, the first track on the EP, wastes no time delving into societal subject matter. “It wasn’ t like I wanted an outright political message in that song”, says Simon “But it’ s hard to ignore people’ s perpetual desire for more than they need”. Debut single and second track on the EP, Destroy You, Simon describes as the far more direct interpretation of this theme. “It actually popped into my head after that ‘ Miley Cyrus-Robin Thicke’ thing. On one hand it’s satire about this alpha-male dominant bullshit that I think exists everywhere in the music industry; then there’ s a counterpoint lyrically of the exact opposite about trying, quite literally, to destroy that. I think it’ s expressing a desire to change things that I really dislike about music”.

With the debut EP due for release in summer 2016, followed by the band’ s debut album in2017, Måntra’ s signing to Dine Alone Records hasn’ t diminished the sentiments that breathed life into the band in the first place. Simon concludes “I don’ t want to rest on our laurels, this is just the beginning. There isso much more we can do”.