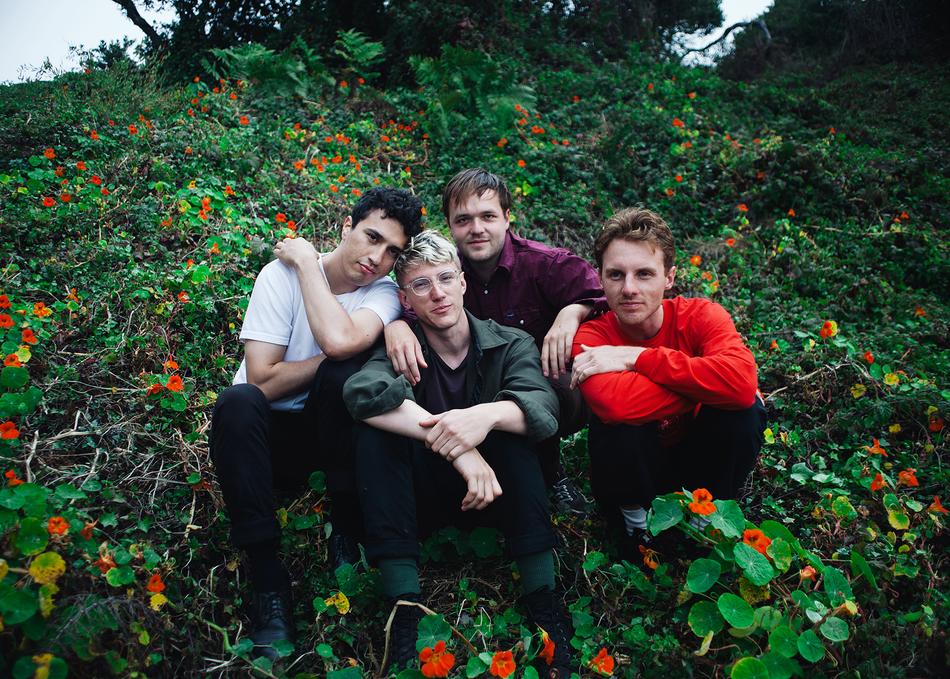 Over the last two years Never Young have become a staple of the Northern Californian music scene. Formed in 2014 around the song-writing partnership of childhood friends Christopher Adams and Nikolas Soelter, they’ve developed a unique, urgent blend of 90’s punk combined with an idiosyncratic knack for writing angular pop songs. Nikolas Escudero and Samuelito Cruz fill out the low end on bass guitar and drums with fierce and deliberate tact. They’ve been described as “Sonic Youth, At The Drive In, and My Bloody Valentine having a ménage à trois”, an exceedingly tight, hook filled slab of noise.