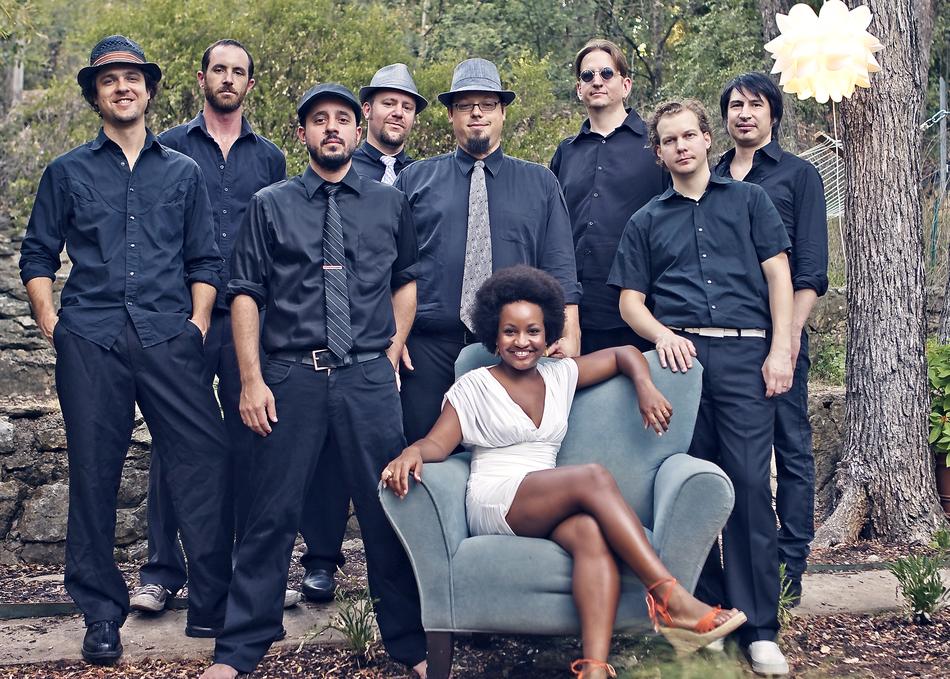 Akina Adderley & The Vintage Playboys is an Austin soul band whose unique sound blends elements of rock, funk, and old-school R&B. Front woman, vocalist, songwriter and band leader Akina Adderley lights up the stage as 'the little woman with the big voice.' Her powerful presence is irresistible, and KUT 90.5FM declared her "phenomenal vocals call to mind the sounds of classic soul and R&B." Granddaughter of jazz trumpeter Nat Adderley, grandniece of jazz saxophonist "Cannonball" Adderley, and daughter of Nat Adderley, Jr. (producer/pianist/band leader for Luther Vandross), Akina brings a distinguished musical pedigree to the Vintage Playboys, who are a tight group of players from an eclectic musical background. The Austin American Statesman calls AAVP “a dynamite nine-piece driven by [Akina's] rich, emotive pipes.” They have shared bills with such acts as Booker T, Budos Band, and Big Sam’s Funky Nation. Austin continues to recognize and celebrate Akina and the Boys: Akina has been featured on the cover of the Austin Chronicle (including a stunning article by Margaret Moser), she was recently honored by Austin's mayor with the declaration of Akina Adderley Day, and AAVP was selected as one of Austin Monthly's 10 Bands to Watch in 2012. AAVP’s eponymous debut full-length record—which the Austin Chronicle described as having "laid out [Akina's] dark, rich vocal chops over the Vintage Playboys’ brassy punch"—was released in 2009. Their sophomore album—Say Yes— was released in 2012. Both are available on iTunes.