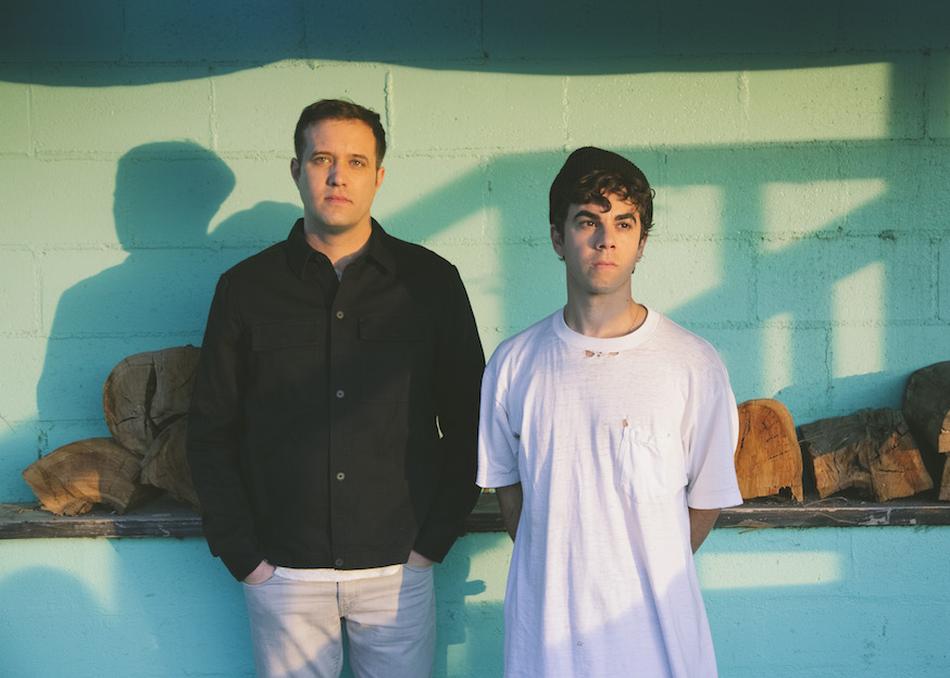 Asa Taccone needed “to come back to himself.” After years of grinding towards a dream, the Electric Guest frontman and his musical partner, Matthew Compton, finally achieved breakout success with their 2012 debut, 'Mondo.' Recorded with longtime friend and mentor Danger Mouse, the album was an unqualified success, but for all the benefits that came from working with an established producer, Taccone wanted to know who he was independently. Rather than lose himself in some idea of success, he wanted to define himself on his own, so he quietly recorded a left-turn of a follow-up album alone in his bedroom. It was a somber reflection of a particularly difficult stretch of life. He poured over every detail, stressed over every sound and syllable, and then, when it was finished, he threw it away.

"It kind of broke me down mentally," reflects Taccone, “Nobody liked it, not the few people who’s opinions I trust, not the label-& after sitting with it-I realized it was garbage too, but the great thing about it was that it inspired me to get me back to what music used to be for me: intuitive, and not over-intellectualized. Once I scrapped that record, a completely different album emerged really quickly and naturally & I love it so much more."

Enter 'Plural,' a record that finds Taccone and Compton at the absolute top of their game, infusing their version of electronic r&b with an even more confident, adventurous spirit than 'Mondo' displayed. And that's saying something, because 'Mondo' was a life-changer for the band. Rolling Stone called it "a Beck-ian journey into L.A. slacker soul, full of hooky neon jams," while Entertainment Weekly hailed its "winking falsetto and retro swagger," and The Guardian praised its "soulful, funked-up pop." Lead single "This Head I Hold" was featured in an NFL Super Bowl commercial, while other tunes turned up in soundtracks everywhere from ‘Girls’ to ‘Suits.’ MTV named Electric Guest an Artist To Watch, NME tagged them as a Band Of The Week, and they made the rounds at festivals from Bonnaroo to Outside Lands in addition to taking late night TV by storm with electrifying performances on Letterman, Fallon, Conan, and more.

When it came time to record 'Plural,' Taccone forced himself to simplify and look for the joy in writing and recording that had inspired the band's debut.

"I just realized that working quickly and intuitively is part of the magic of making music," says Taccone. "I think a lot of music suffers when people get into a studio and feel like the process has to be this heady thing. When you go in with expectations, it wears down the levity and the fluidity that the natural process should have. And that's not to say there weren’t songs on this record that were puzzles we had to figure out, but making music is supposed to be fun, and it was important for us to get back to that."

"I think we found that it's better to record all of your initial ideas quickly and then spend more time whittling them down to the most important components," adds Compton. "While we were making the new album I found myself being influenced by things that were very simple but rich in texture and still posses an emotional payoff."

Emotional payoffs are Electric Guest's specialty, and the freewheeling sense of looseness Taccone rediscovered resulted in several off-the-cuff collaborations, including impromptu appearances Joanna Newsom and the Haim sisters. It also led to a new level of comfort both at the mixing board and behind the microphone.

"The last album had lot more falsetto vocals," says Taccone, "but on this one I decided I was going to sing in my regular voice. I had to learn to be OK with the way my voice sounded because I’ve struggled with disliking the sound of my voice.”

The record opens with "Zero," a bouncing, piano-driven banger that sets the stage for Electric Guest's off-kilter blend of electronic music, r&b, and pop. It's a sonic mélange that sounds as if it's from both the past and the future, and the band's recording environments often reflect that. "Dear To Me" (which features the Haim girls) layers up vintage synthesizers from the 70's and 80's into an irresistible, analog jam, while the dance-floor-ready "Back and Forth" was recorded in a 14- hour marathon fueled by Taccone's first experience with MDMA, and "Glorious Warrior" is built on top of an iPhone simulating a drum machine.

"I think we tried to create a different palette of sounds and styles than what you heard on 'Mondo,' says Compton. "Most of the sounds we ended up liking this time were more modern and less throwback. Music has changed quite a bit since our last album came out, and I think we embraced that rather than shy away from it."

Lyrically, the album tackles difficult times with a determined optimism, "I’ve seen the light in you before / I'll see the light again" he sings on "See The Light," while "Over" and "My Omen" dig down deep within to find the strength to carry on. "Oh Devil," which draws influ