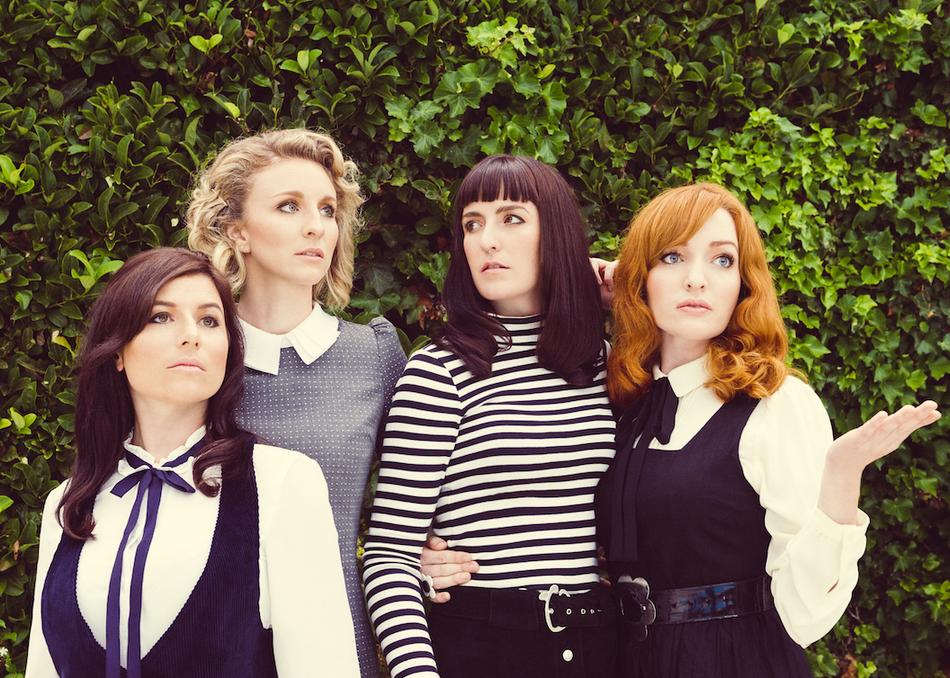 All Our Exes Live In Texas - The Devils Part

ALL OUR EXES LIVE IN TEXAS

All Our Exes Live in Texas is a fantasy draft of Sydney’s finest singer-songwriters - Elana Stone, Katie Wighton, Hannah Crofts and Georgia Mooney – here combining in four-part, indie-folk harmony heaven. On mandolin, ukulele, accordion and guitar, the Exes are a powerhouse of charm and songwriting prowess. Fair warning: this foursome is the most badass female folk band around.

All Our Exes Live in Texas have had an impressive career to date. They've toured with The Backstreet Boys (USA), Passenger (UK), Nathaniel Rateliff and the Night Sweats (USA), Boy & Bear (Aus) and Tiny Ruins (NZ), not to mention Australian icons Megan Washington, Kate Miller-Heidke and Mama Kin.

It wasn't until three years ago at an O Brother Where Art Thou show, featuring Sydney folk royalty, that they combined their musical forces. Little did they know they were planting the seeds for a folk foursome of epic proportions.

The Exes share a deep passion for vocal harmonies and heartbreakingly good songwriting. This killer combination has seduced audiences across the country as they criss-crossed Australia from Port Fairy Folk Festival to Darwin Festival, Woodford Folk Festival, WOMADelaide and The National Folk Festival, not to mention closing proceedings at the Sydney Opera House for TEDx, to an audience of 4500 creative innovators who exploded into rapturous applause.

Since the release of their self-titled, widely celebrated EP, All Our Exes Live in Texas has embarked on two national headline tours releasing singles Tell Me and Sailboat from their successfully crowd-funded debut album, When We Fall, due for release in early 2017.

Their Tell Me film clip is an hilarious take on the modern break up and was listed in the top 10 film clips of 2014 by Double J. The film clip for their latest single, The Devil's Part, was directed and co-written by acclaimed Sydney filmmaker, Nils Crompton. This clip takes a more sinister turn, with allusions to indie classic The Virgin Suicides and cult references galore.

A testament to their musical strength and vulnerability, this album is a collection of songs that are enough to make grown men cry. But beneath the sweet, potent harmonies and lamentations of love, lie four witty and intelligent feminists who harness their talent for good not evil.

When you come to an All Our Exes Live in Texas show this is what you'll get: Four uber talented musicians and gifted song-writers, each with their own unique vocal beauty and individual charm. Add to this, great humour, whip-cracking banter and an on-stage synergy that is as magical as it is alluring, and there’s no chance you can resist the call of the Exes sirens.

The Brag said it first, “Catch them before they’re famous and only perform for royalty and astronauts.”

Events featuring All Our Exes Live In Texas