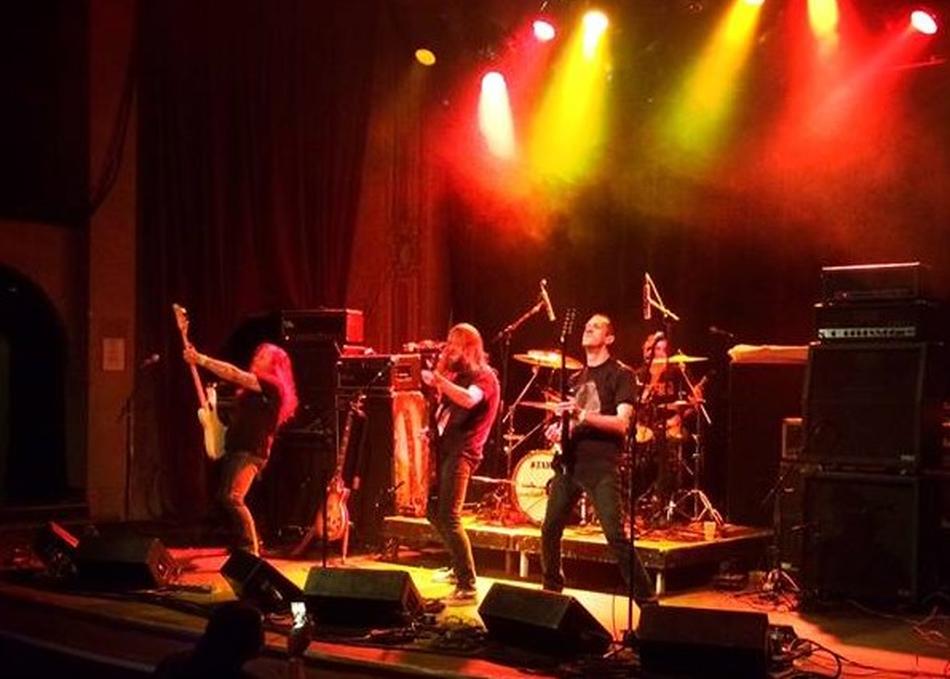 Necropanther was formed in 2014 with the simple goal of creating heavy music and playing shows that thrill audiences. The band was created through a merger of two previous bands. Guitarist Paul Anop and bassist Kyle Hupp from Wichita, Kansas (Spirit of the Stairs) joined with drummer Haakon Sjogren and guitarist Joe Johnson from Denver, Colorado (Moore).

Necropanther released their first full-length album in November 2016 through Sailor Records. The self-titled album was recorded by Felipe Patino at Green Door recording, mixed by Eric Rutan at Mana Studios (Morbid Angel, Goatwhore) and mastered by the legendary Alan Douches at West West Side Music.

States Eric Rutan of Mana Studios, “Listening to the mastered version of the Necropanther album done by the master himself Alan Douches at West West Side Music that I just mixed. Super excited!!! WOW!!!!!! Sounds fantastic!!!”

The album is an homage to movie classic The Terminator, chronicling man’s struggle against machines.