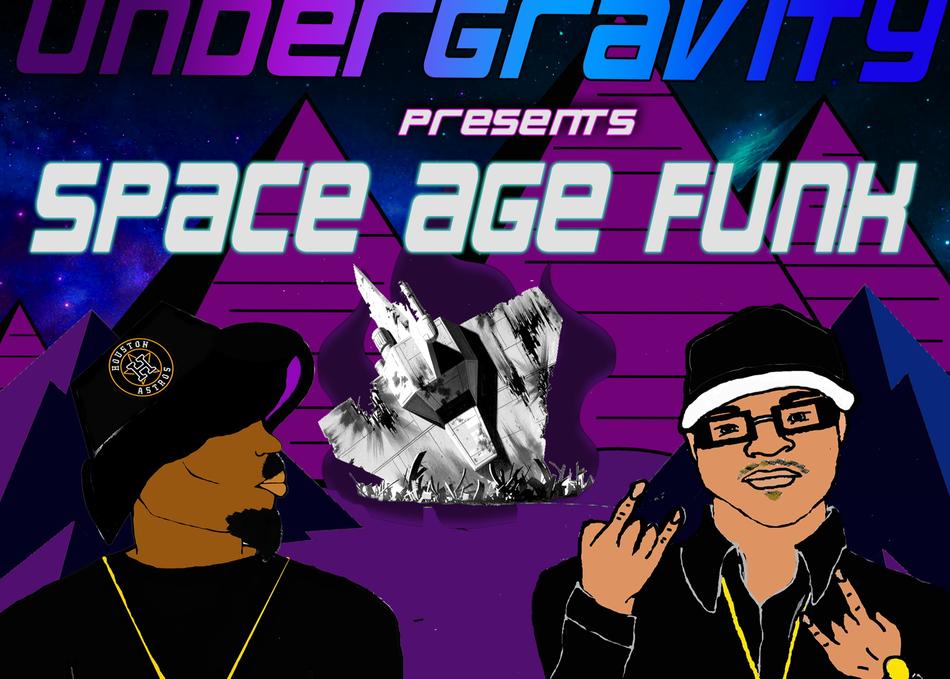 Undergravity - I Don't Need Ya

Undergravity is a rap group from the southside of Houston, Tx.

The group consists of Atom Bomb and M.A.C. What makes them unique is

that their mothers were best friends and had them two days apart. MACs'

always been in the household. Atom Bomb and MAC were in every talent show in

elementary and middle school and soon started to dj parties. They founded

the Space Age Fam in 1998. ( A group of childhood friends and family) and

have been performing all around Houston and surrounding areas ever since.

In 2004, while in college they formed Undergravity.

Their style of music is a mixture of the 70’s and 80’s soulful, funky sounds,

best group by the Houston Press in 2011 - 2014. The joint project with fellow Space Age Fam member Dante Higgins entitled " The Freshest Mcs" got them recognized by Complex magazine ranking the cd top 10 in Houston. The two newest full length project, Space Age Funk, has gained the attention of national blogs and was named top 10 cd out of Houston in 2016. With the launch of undergravity.com Undergravity released a mixtape Called " Bars from Mars / Bombs Over Boulevards where the 2 split 10 tracks but rap them separately.

They aim to entertain but at the same time educate the listeners by music with real life raps. Some of the artists that they are heavily influenced by and compare their style to are ; UGK, 8ball and MJG, Devin the Dude, the Screwed up Click and Scarface. If you have any questions feel free to contact me here or @Macundrgravity via twitter facebook or instagram. Thanks!