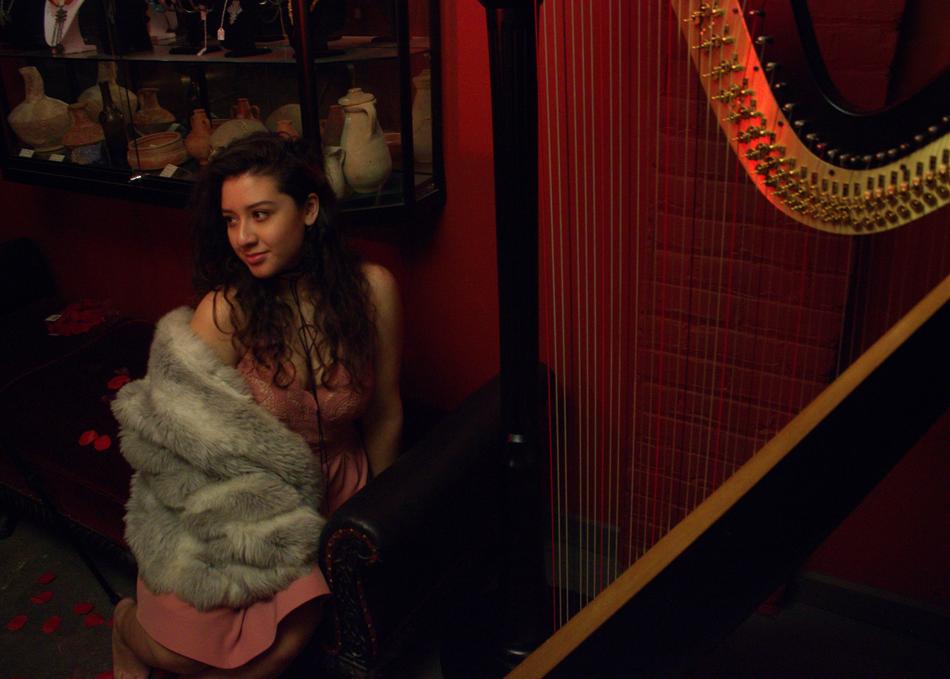 A native-born Austinite, Analee grew up constantly surrounded by music. Her father always had everything from Tejano to old Rock 'n' Roll playing through their humble suburban home. All of the children played instruments; her older sister - the violin; younger brother - the cello; and Analee, the piano. She was the only one who took lessons, as all of the other instruments were offered as classes in middle school and high school. So when the family ran into financial trouble in 2008 she discontinued her lessons and didn't have access to a piano for years; Analee stopped playing music.

Things began to come together again, around the time she was 13 years old. She was offered the opportunity to learn to play the harp by a high school orchestra director, Mrs. Vandertulip, who often saw Analee running into the orchestra hall to grab her sister's violin for her after school. She would be one of the first harpists in the new harp program to be implemented district-wide. Analee was severely reluctant at first, but was never one to perform short of her ability. After the first couple of years, she still had the strong desire to quit, but every time she sat down in her quiet, humid and congested practice room in the old music building of her high school, she practiced until the skin on her fingertips cracked and the notes were so ingrained in her memory that she could practice the music in her head during Calculus, without the harp near her. Quickly, she rose up to be one of the top high school harpists in the state of Texas; the instrument had grown on her.

During her senior year, she began listening to pop songs she liked and playing them, by ear, on her harp. She recorded one of her favorites, "Chasing Cars", on video, and posted it to YouTube under the name The Mainstream Harpist (just for kicks). Nobody but her parents and siblings knew about her YouTube channel, but she continued to record covers of songs by Leonard Cohen, Bruno Mars, and Justin Bieber. Today, she has amassed over a hundred-thousand views on her videos, and counting. You can see her videos at youtube.com/TheMainstreamHarp

The harp became a huge part of who Analee is as a person. She states that her talent is something she will never lose, and didn't realized how much happiness and warmth it brings to others to hear her play.