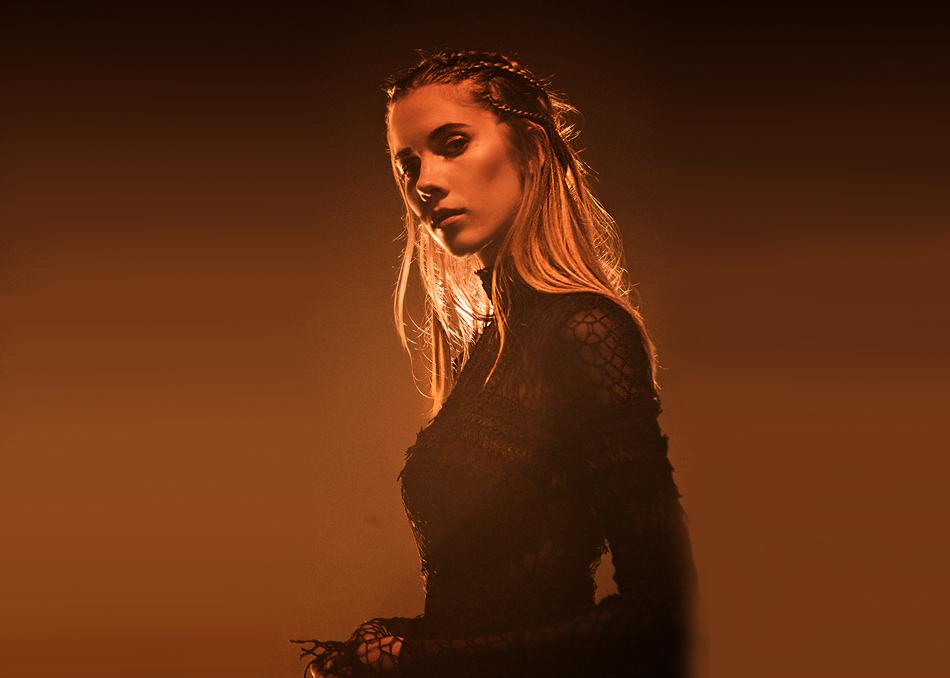 Artist of the Month - PIGEONS AND PLANES

Woodes is the moniker for the 24-year-old Melbourne based producer, singer and songwriter, Elle Graham, whose quick ascension into the limelight has caused many a head to turn.

In 2015 her collaborative project with producer Elkkle, garnered instantaneous praise across the radio and blog-o-sphere in Australia as well as internationally. The singles, 'Muddy', 'Cocoon' and 'Flash Mob' were added to community radio across Australia including triple j, won the coveted title of ‘Unsigned Artist of the Week’ by FBi, as well as being featured by Spotify in their coveted ‘Spotlight Australia and New Zealand Playlist. 'Flash Mob' was revealed as one of the top 25 songs most played songs in 2015 across triple j unearthed radio.

In 2016 Woodes released her debut solo single 'Daggers & Knives' which has over 500,000 total plays and it’s been added to rotation on Australian radio; triple j unearthed, FBi Radio, SYN, profiled on Spotify Australia and added to rotation on various US college radio stations. The track was featured by online tastemakers, including Indie Shuffle, i-d mag, Purple Sneakers and Pilerats.

Woodes breakthrough next single 'The Thaw' has been added to rotation on Australian radio - triple j, triple j unearthed, FBi Radio and various community radio and has received a mass of online praise from taste makers including Indie Shuffle, Rolling Stone, Pigeons and Planes and US actress Emma Roberts - who recently tweeted the track to her 3.8 million followers. As well as being profiled heavily across Spotify, 'The Thaw' was included in various Australian and Scandinavian playlists including The Indie Mixtape, New Music Norway, New Music Deutschland and Spotify Finland. 'The Thaw' debuted at #12 on the iTunes Norway Alternative Chart and hit #20 on the iTunes Spain Alternative Chart. The track also landed Woodes a coveted feature in Pigeons and Planes as well as being included twice in their feature of 'best new artists' from around the world.

In September Woodes released her debut self titled EP to much praise, featured on Rolling Stone, Indie Shuffle and Acid Stag, the EP debuted in the top 20 itunes charts in 7 countries including at #1 in Singapore Alternative Album charts as well as featuring in the Spanish and Columbia Spotify Viral Charts. The EP has also ticked over 2 million streams online.

Woodes has also been touring around Australia supporting sold out performances with Montaigne, Dustin Tebutt and NGAIIRE as well as SHURA on her sold out Australian tour. Woodes was recently added to the 2017 SXSW official lineup and will be performing in Austin in March. She was also the lucky winner of the triple j unearthed competition for the Beyond the Valley Festival at the end of 2016.

"Listen to Woodes once, and you won't be able to resist returning, time and time again." - Indie Shuffle

"Woodes only has two solo songs out on SoundCloud, but unlike so many other newcomers releasing music online, she’s already sounding polished and professional. Instead of half-finished ideas and raw potential, her two songs—”The Thaw” and “Daggers & Knives”—are beautifully produced and deftly executed." - Pigeons and Planes

"She's been working on an EP for a year now, and if "The Thaw" and "Daggers & Knives" are any indication, this one will be a must-listen debut." - Pigeons and Planes

"Worthy of your musical interest and investment, for now and the future." - Pilerats

“The Production has lots of clever kinks going on. But the voice is what drew me in. Love all that mysterious echo around Woodes’ vocals.” – Richard Kingsmill, triple j

"Allow yourself to be immersed in “The Thaw,” which – just like snow in the middle of winter – will envelope you in an otherworldly sonic wonderland." - Indie Shuffle

"Sometimes we come across artists who are simply cut from a different cloth. The artistry, the thought process, the delivery and the style usually separate artists like these from the rest. Woodes is one such artist." - Blatant Misrep