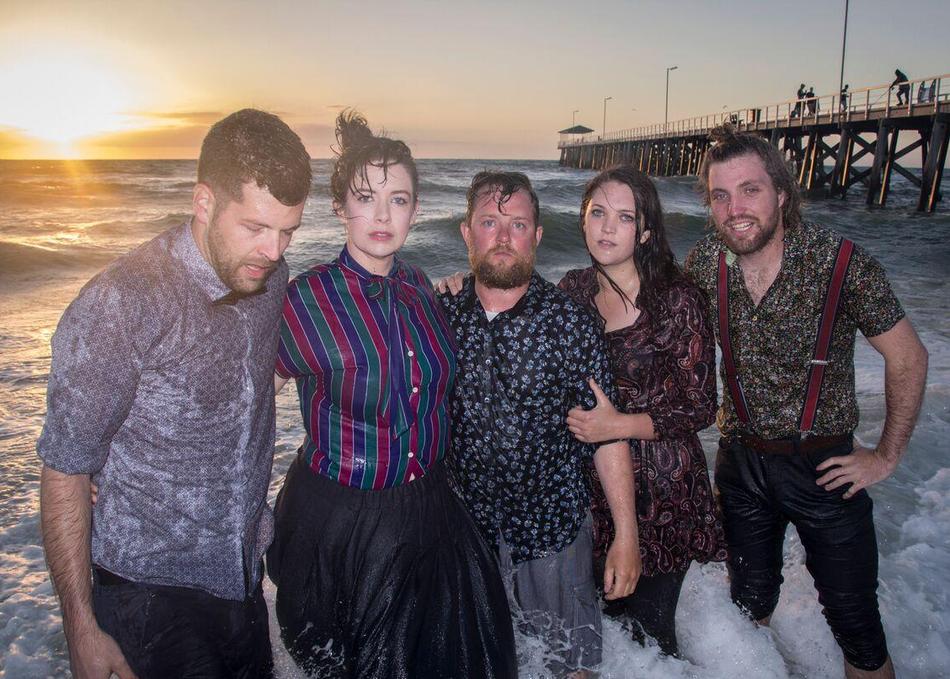 The Coconut Kids started out as a couple of friends making music just over a year ago, but the nights writing songs with a ukulele and some good wine turned into something more than just a fun way to spend time together: The project grew into a fully-fledged band with incredibly eclectic roots ranging from their homeland, Australia to Ireland and Belgium.

The Coconut Kids strike for their earnest, playful and direct blend of indie folk; as they charm audiences with their direct melodies and witty lyricism. Based in Adelaide, The Coconut Kids defy genres to create French-influenced world folk using ukulele, brass, bass, keys, violin, mandolin, percussion and powerful vocals to produce a truly original toe-tapping sound that has you dancing one minute and in tears the next.

In just one year of music making, The Coconut Kids have played all across South Australia with numerous interstate appearances, launched a fun little debut EP and a single dedicated to the people of Paris in tribute to the Paris attacks. They thrice sold out their very own pop-up boutique festival 'The Coconut Club' which utilizes underused urban areas, brings together musicians from all over Australia and combines The Coconut Kids' love of good music, food, wine and beer . The have performed at festivals alongside music greats such as The Cat Empire as well as Michael Franti and more, as the band gears up for future international tours.