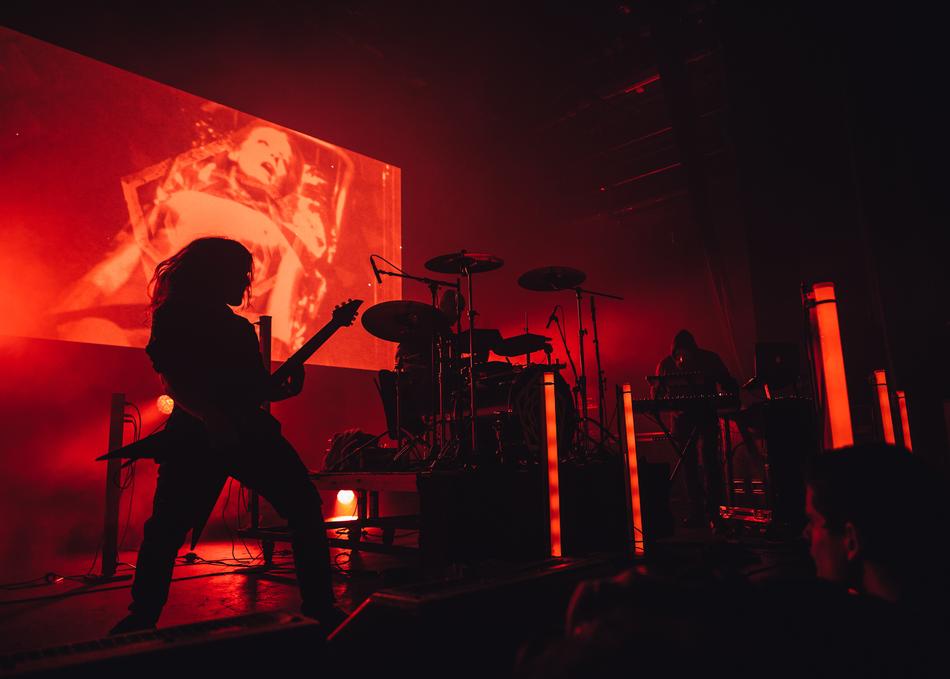 Carpenter Brut draws its influences from 80s TV shows and B-movies loaded with synthesizers. The mysterious and discreet man behind the pentagon – or the Brutagram as his fans would call it – evokes an encounter between Justice beats and the universe of John Carpenter.

Listening to his home-made EPs, however, one would rather bet on a metalhead background, a crush for Dario Argento and a force-fed religious education.

This would explain his penchant for the occult, his passion for kitsch sounds and his adoration for all kinds of enjoyment.

Carpenter Brut pays tribute to the post-hippie/pre-AIDS culture that then set the basis of electro and metal to give us a unique, violent and crazy 80s revival sound.

As one of the leaders of the retro new wave scene despite himself, Carpenter Brut can be found on the successful video games Hotline Miami 2 : Wrong Number and The Crew (Ubisoft).