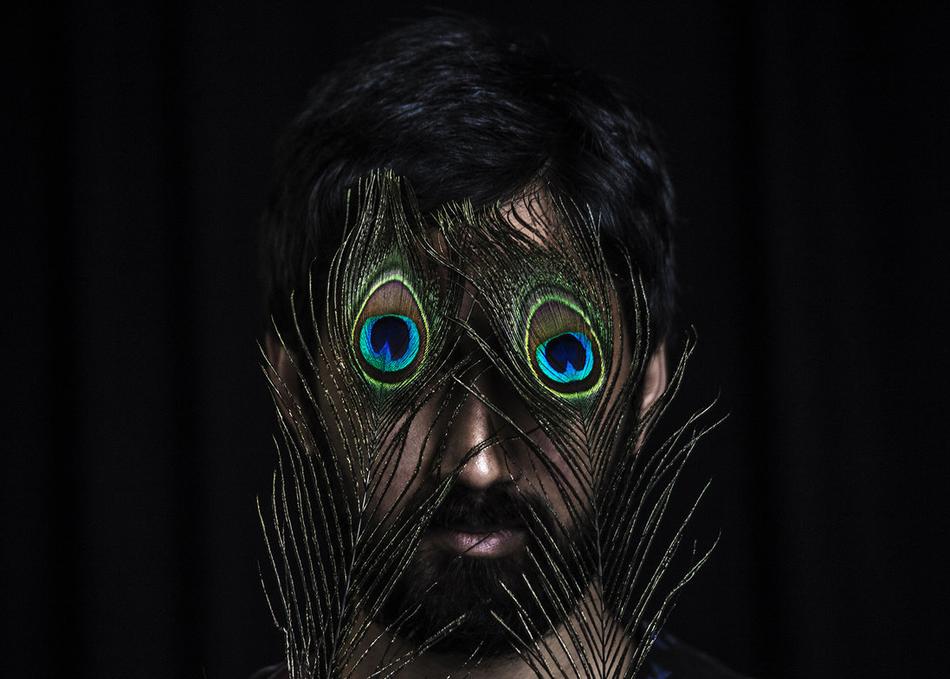 The extraordinary debut album from percussionist, drummer and producer Sarathy Korwar – Day To Day – fuses traditional folk music of the Sidi community in India (combining East African, Sufi and Indian influences) with jazz and electronics. It’s a collaborative release by Ninja Tune with The Steve Reid Foundation – a charitable trust established by Brownswood / Gilles Peterson with the dual objective of helping musicians in crisis and also supporting emerging talent. Sarathy is an alumnus of the Foundation’s development program, mentored by Four Tet, Emanative, Floating Points, Koreless and Gilles Peterson – all trustees of the foundation.

“Sarathy instantly caught my attention when he said he wanted to make an album that embraced both Indian folk music and jazz - two worlds that have had a big influence on me. His album succeeds in bringing these things together in an elegant way, but it’s his own style and ideas that come through the most in the music. Refreshingly different, this is a deep and powerful listening experience.” Four Tet

The Steve Reid Foundation commemorates the life and legacy of legendary percussionist/drummer Steve Reid. It is fitting that Sarathy’s album follows the lineage and spirit of Reid who himself left New York and took on a spiritual pilgrimage through Africa in the mid-1960s. For three years he journeyed through West Africa, playing with people along the way, including Fela Kuti, Guy Warren and Randy Weston. The musical roots and routes of the Black Atlantic have been discussed and documented extensively, but Sarathy is highlighting a different dispersal of people in the other direction, from East Africa to India. The Sidis travelled to India from Africa as merchants, sailors, indentured servants and mercenaries from as far back as 628 AD and have settled in India ever since.

Conceived on an extended trip to rural Gujarat, followed by sessions at Dawn Studios in Pune, Sarathy made field recordings of The Sidi Troupe of Ratanpur whose vocals and percussion form the backbone of Day To Day. The troupe features five drummers – their polyrhythms reflect their African heritage, in contrast to traditional Indian drummers who play in unison. Likewise, the Malunga bows (there are only 4 or 5 players in India) bear a striking resemblance to those found in Africa.

“The record is about how we individually and collectively live from day to day. The everyday rituals and tasks that bind us together, it’s a celebration of the trivial and mundane,” explains Sarathy. The colourful handmade rag quilts that the Sidis make using everyday fabrics serve as a perfect metaphor for the record: “The Sidi women make these amazing collages of colour using everyday rags,” he says. “That’s how I see this album”.

Born in the US, Sarathy Korwar grew up in Ahmedabad and Chennai in India. He began playing tabla aged 10 but was also drawn to the American music that he heard on the radio and that leaked through the doorway of his local jazz music shop, Ahmad Jamal were John Coltrane early discoveries. At 17, Sarathy moved to Pune to study for a degree in Environmental Science, but instead dedicated his time to music: practicing tabla under the tutelage of Rajeev Devasthali, translating his skills to the Western drumkit and playing as a session musician. Finishing his studies, Sarathy began to think about pursuing a career in music and moved to London, where he trained as a classical tabla player under the guidance of Sanju Sahai and graduated with a MMus in Performance from SOAS (School of Oriental and African Studies) focusing on the adaptation of Indian classical rhythmic material to non-Indian percussion instruments.

Working the angles in London’s jazz scene, Sarathy connected with Shabaka Hutchings (Sons of Kemet, The Comet is Coming), Cara Stacey (Kit Records) and played with clarinettist Arun Ghosh. He was, however, itching to create under his own name and he started researching and formulating the concept for Day To Day and planning a trip to India to record the Sidis. It was late in 2014 when Sarathy heard about the Steve Reid Foundation. He applied with a three-minute video explaining his vision for the record and was accepted onto the project to be mentored by the foundation’s patrons: Four Tet, Floating Points, Gilles Peterson, Koreless and Nick Woodmansey (Emanative).

“Day To Day is an exceptional debut by this multi-percussive artist fusing jazz, electronic and Indian harmonics.” - Gilles Peterson