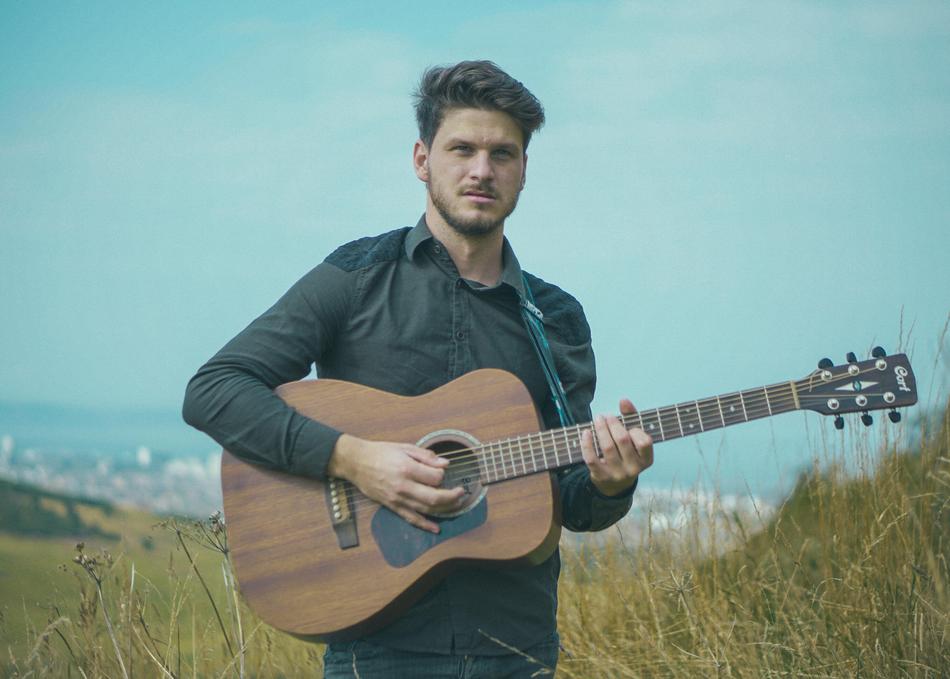 Hailing from Padova, Italy, Damien McFly is the moniker behind Damiano Ferrari,a driven, passionate and charismatic folk singer who bridges the gaps between old and new.
His sound is a great compromise between the timeless vibes of country folk and the catchy appeal of pop melodies.
In order to get a solid fan base he released four Cover Collections in 2014 with more than 20 videos. Thanks to this, his YouTube channel counts now 20000 subscribers and more than 3 million overall views.
Dedicated to live performance, he has played over 300 gigs throughout Europe in two years and in the summer of 2014 he crossed the Atlantic to play gigs in Chicago, Indianapolis and Nashville. He recently toured France, Belgium, Holland and Germany as well as gracing the some international festivals such as BBC CARFEST (Cheshire UK), HARD ROCK ROCKS (Edinburgh UK), YOU BLOOM (Dublin, Ireland), HOME FESTIVAL (Treviso Italy).
Damien's YouTube channel counts now 20k subscribers and more than 4 millions views and his singles New Start and I Can't Reply have collected many airplays from international radios (Belgium, Germany, Italy, USA, UK, Brazil,  Russia, Croatia).
I Can't Reply won the honorable mention in the "International Songwriting competition" (Nashville USA) in the "Adult Album Alternative" Category.